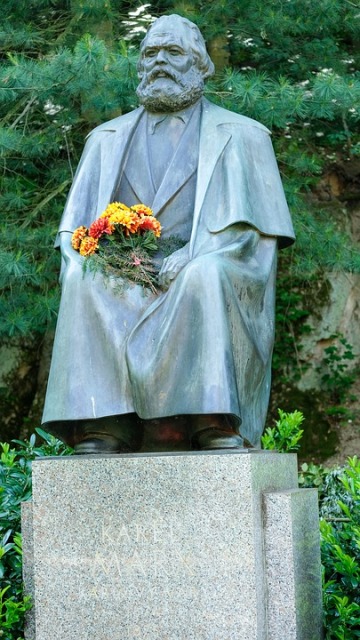 Karl Marx, philosopher and sociologist is renowned for saying about religion that “it is the opium of the people.” I studied a bit of Sociology in both high school and university, and unfortunately this man’s life’s work was reduced in my memory to just this statement. An opium or opiate is essentially a depressant drug, used to relieve pain and this is what he compared the functional role of religion to.

Therefore many for years have interpreted Marx’s statement as a him scoffing and ridiculing religion, but in context seems to offer a generally acceptable view on society.  Karl Marx said “Religion is the sigh of the oppressed creature, the heart of a heartless world, just as it is the spirit of a spiritless situation. It is the opium of the people. The abolition of religion as the illusory happiness of the people is required for their real happiness. The demand to give up the illusion about its condition is the demand to give up a condition which needs illusions.” (Critique of Hegel's Philosophy of Right:)

Pain and turmoil are an apparent feature of many societies and Karl Marx pointed to religion as one way of relieving oneself of the pain that surrounds them. Though this might only point to one aspect of the role of religion, I believe it can point greatly to a tenet of our Christian faith which is hope.

I’m not sure about you but when I look around in my island it is easy to cling to hopelessness as your reality versus clinging to truth. The cultural framework and mores of Jamaica is unfortunately changing drastically. Rape cases have sky rocketed, abortion has become as casual a thought as the weather and ancient witchcraft practices are finding favour in parliamentary conversations.

It is easy to look on and get disheartened by it all but as studies have revealed a spike in mental illnesses in the island, there must be something that the church has to give. I believe this necessary thing is hope. Hope not in an illusory way as Marx described, but hope that acts as an anchor as the tumultuous tides of societal changes grow.

Hope, not with the constraints of the english language that paint it simply as wishful and positive thinking, but hope that produces earnest and confident perspective that all things work for our good.C.S. Lewis said “A Christian’s hope isn’t an escape or wishful thinking, as, but something that a Christian is meant to do.” This hope is necessary and this hope is a promise.

We are caught in a time where the falsity of self reliance has been painted as true, even for the Christian. I find myself many times seeking within myself for the answers to the troubles in this world. Quite faulty an approach as my weakness is before me daily. As humans we turn to opiums that in their very nature are temporal and simply quick fixes,when we have an anchor that provides for us eternal assurance.

I rejoice in the fact that I have found hope in Jesus and His promises. Many might argue that our faith is simply a coping mechanism, but even with their ridicule I can affirm that it is my faith that has kept me sane. I cannot imagine life without view of eternity and I cannot imagine life where my struggles and trials are simply in vain.

The scripture tells us “For our light and momentary troubles are achieving for us an eternal glory that far outweighs them all. 18 So we fix our eyes not on what is seen, but on what is unseen, since what is seen is temporary, but what is unseen is eternal” (2 Corinthians 4:17-18). Hope is one of life’s greatest gems, we must contend for it and we must be eager to bring others into its bounty. 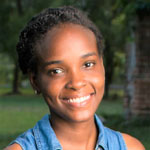 Jhonelle Grant from the West Indies is a Jesus enthusiast and Christian youth leader. She’s a lover of all things related to discipleship and a freelance writer.

Jhonelle is a Jesus enthusiast and Christian youth leader. She’s a lover of all things related to discipleship and a freelance writer.