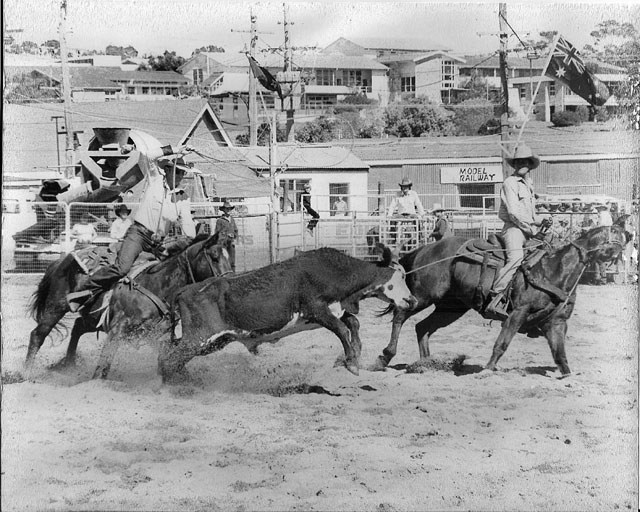 John Skinner is one of the young writer panellists. John is a Vietnam Veteran, a journalist, a national rodeo judge, a cricket umpire and these are his own words.

I was born in Dorrigo, NSW, on June 1, 1947, and I became the oldest of five. My dad’s family were dairy farmers from Deer Vale, outside Dorrigo; my mothers were wool growers from west of Armidale, and as the saying goes, ‘never the twain shall meet,’ (the families never did get along).

Both my parents had been ‘man-powered’ during the war and met through a war-time correspondence program. In later years I became a skilled teenage dairyman as well as knowing more about sheep, shearing, drenching and mustering than anyone in my town schools.

We lived in Armidale for some time where my dad joined the NSW Government Railway, later becoming a steam engine fireman and driver. We later moved to Broadmeadow (Newcastle) and when dad was promoted onto the Electrics in Sydney, we moved to Hornsby.

I was fortunate enough to grow up in a Christian family, led by my dad, who was perhaps the kindest, most gentle soul I have ever known. Mum had some serious health issues after their fourth was born in 1955 and I became ‘man of the house’ when dad was away

It became easier at Hornsby as dad’s work was only just through the back gate and he was home more often (steam work meant barracks and often days away from home).

I left school in 1963 to earn a wage to help the family income and I too, joined the NSWGR.

We belonged to the Hornsby Baptist Church where, aged 17, I was baptised and where I met my wife of 48 years, Marion.

In 1967, sick of life at home, I joined the Army. Four months later I suffered a smashed femur when accidentally shot by another trainee soldier. I spent three months in traction at Concord Repatriation Hospital, a further three months rehabilitation and then back to the military where I resumed training in September ’68.

I left for Vietnam in February ’69. I served as an infantry rifleman and did what all infantry soldiers do – carried a rifle and a heavy pack, walked miles through jungles, swamps, rivers, over mountains, dug in to the ground and ambushed for days on end, slept on the ground, was shot at and returned fire.

I was wounded by a landmine explosion in June ’69, over 100 pieces of shrapnel down my left side plus damage to my hearing and eye sight.I was meant to be sent home but ended up seeing out 13 months ‘in country’ and travelled home aboard HMAS Sydney, the ‘Vung Tau Ferry,’ in March 1970.

Marion and I married six months later and I remained a Corporal Clerk with my battalion (5 RAR) until 1972 when I was posted to Tasmania. Our two boys were born there and I left the Army in 1976 to join the Tasmanian Police Service, a job I enjoyed very much, particularly when drafted into the Stock Squad. However the weather in Southern parts wore us down and we decided to look for work closer to family, northern NSW or Queensland.

As a teenager, I had dabbled in the sport of rodeo (as well as every kind of rugby league and union, cricket, all at rep level, swimming, surfing, tennis and squash), mainly riding bullocks. It just happened the local rodeo club in Huonville, Tas. where I was stationed at the time, needed a secretary/treasurer and I ‘fell’ into the job. I was also competing in several events and the prize money was a welcome addition to family funds. I started writing for the Rodeo News and became well-known to the rodeo fraternity with regular articles.

When, in 1982, the job of CEO for the (then) Australian Rough Riders Association became available in Warwick, Qld, RM (Reg) Williams himself rang me and asked would I consider the job. I started in May that year.

Two things (perhaps three if you consider the birth of our daughter in 1984) happened in Warwick. My faith was revitalised through the Warwick Baptist Church,and, in 1984, I met Dr Mark Tronson who founded and headed the Sports Chaplaincy ministry two years earlier.

It took quite a few years but we eventually had an official chaplain on the Pro-Rodeo circuit, praise God. While I administered the Australia-wide rodeo business from Warwick, I also competed, became a Deacon in the local church, and started leading the children’s ministry there.

I worked behind the scenes with the rodeo cowboy ministry, mainly as a mentor, logistics and support person while also arranging cowboy church services throughout the country towns, including Warwick.

Also in 1984, I was awarded the Australian Quarter Horse Assn’s Roping Horse of the Year with my exceptional horse, Millbrook Countdown (County).

By 1987 I was working two jobs, the second as the weekend rounds man for the local newspaper which eventually turned into full-time work but the little known (then) Post Traumatic Stress Disorder (PTSD) was taking a toll on my life and by 2000, I could no longer work full-time and became a TPI (Totally and Permanently Incapacitated) which, in its own way, was a blessing.

Good medication and support programs enabled me to continue as a casual rural reporter/photographer for a further 10 years, I was able to increase my voluntary work with the local RSL Sub-Branch where I am now president, was able to do more church work and I was able to be of more assistance to the rodeo ministries.

I also work with our Girls and Boy’s Brigades doing projects and devotions which I really enjoy.

In 1999, I was asked by the Warwick Show and Rodeo Society to write a biography on a famous campdrafting and polo personality, Theo Hill from Quirindi, NSW, and this has now grown to nine biographical books.

For 20 years now I’ve been part of The Glen Rural Fire Brigade south of Warwick and am now First Officer, secretary and Fire Warden for our area.

God’s work in my life has never finished and I’ve found He doesn’t leave you ‘on the shelf’ for long.

I had lost contact with Mark Tronson and the Sports and Leisure Ministry probably for about10 years after he and Delma left Timeout in Moruya (AIS athlete respite ministry) for Tweed Heads.

One of our church elders mentioned Mark during a message and as the two were friends from Bible College, I was able to get Mark’s email address.

It didn’t take long. I sent Mark an email on the Monday evening, by Wednesday I was a Sports Panellist in the Young Writer’s program. The very next day I had my first assessment to do.

This year I’m a panellist with the sports writers and the over 31’s.

Our eldest son Jason, after spending 20 years in the pig industry in genetics and breeding, is now a full-time school chaplain in Warwick, Inglewood and Texas.

Our second son, Chris, who spent many years in warehouse distribution and computer technology, is the Associate Pastor at Warwick Baptist Church having completed his degree through Malyon Bible College in Brisbane.

Our daughter, Kate, a para-legal, is also heavily involved with church work as you would expect.

Both daughters-in-law, who happen to be sisters, are involved in church work and our son-in-law, a Dane she met in Montana, USA, is working in agriculture and was baptised in Warwick only seven years ago.

We moved out of Warwick almost 20 years ago to a small ‘prickle farm’ 25klm south where we run about 45 cross-bred ewes breeding Poll Dorset lambs for the local market. We have between five and eight cows, depending on the season and four ‘hay burners’ we could never part with.