There is a lot of uproar regarding the Trump administration. Depending on who you listen to the leader of the free world is either a saint or the Devil himself. What’s most potent is the constant comparison - he is not like Obama, he is like Hitler, He is Christ’s response to the American crisis, he behaves like Kim Jon-un.

Now politics is a fish-net that I stay clear of, but watching from the sideline makes me ponder leadership. Having recently founded an organisation, the idea of being an exponential leader has become paramount. What is it about leadership that can stir, deter or aggravate? What makes a person regardless of his decisions, compel persons to follow wholeheartedly, even if it’s straight into the belly of a whale, while others, though genuine can’t get a follower even if they tried to buy one.

Great Leader I went on the Forbes website for some research on good leadership.  In my search I came across the article, 10 Unique Perspectives on What Makes a Great Leader . and it got me to thinking about God.  What kind of leader is God? He has more adversaries than any other leader. He is not the one to make everything smooth as some hope. He has a plan, but sometimes reveals in part.  He makes decisions we don’t understand or always agree with, and his leadership model is to use adversities to help accomplish His company

goal Yet, He is the best leader even in respects to this list. He makes the hard choice, He has the reverence of supernatural beings and all those who serve him. God decides based on the counsel of His will. He makes the hard decisions always.  He sacrificed His Son for our good.  He lovingly reveals Himself to us so we can see that when He requires our obedience it is for our good.

God is good and wise, and we learn to align because of His track record of faithfulness and other times we accept because of His authority as God.  God, in knowing our frailties pushes us to be our best. This may include  taking  the children of Israel through the desert, Joseph through, family turmoil, slavery, slander, and imprisonment, and Paul through beatings, shipwrecks and death. (Doesn’t sound like a leader who would get much votes.)

Yet, the children of Israel saw the Promised Land, Joseph could rejoice in what God did, forgive His brothers and become second in command in powerful kingdom and Paul could say he counted it all as loss for the priceless gain of knowing our Great Leader. Randy Soderman, founder of Soderman Marketing says,  “ A great leader understands that it is the people they lead that ultimately determines the success or failure of any venture.

They surround themselves with great people that they can cultivate into a team of competent, confident individuals who can work well as a team .”  I wonder if Moses felt great, or Mary? I wonder if Peter felt great when the rooster crowed or David when the prophet confronted him on his sin. God saw in them great because of what He accomplished in them. None of us qualify yet God’s grace.

I think of Zechariah's declaration that its by His Spirit and again I grateful for our leader. Our response to leadership I could go on and on about the article and how it points to our great God but I want to talk about our response to this. Leadership means not slacking off when you want to do and doing stuff that you need to. Even in writing this article I am tired and my list of things to do is long, but because of the example of God’s leading I do what I am called and I do it well.

In any business organisation when we don’t meet the objectives or we consistently fall short of the targets we are let go. God on the other hand patiently provides mercy and forgiveness every time we return to Him. This great leader then asks of us that we in turn honour our leaders, work with integrity on our jobs, and respect our parents.

Leadership isn’t always the best, however, as we strive to bring change, let us show respect, and let us challenge ourselves to be good leaders in our own spheres.  Our great leader also calls for believers to pray for their leaders and honour authority.

There is no clause providing for youtube rants and heated status that degrade when we see policies and actions that don’t align. There is also no clause that says praise a leader despite his issues, blindly following. God’s ways trump a lot of popular behavior. Let’s lead others as we follow God. 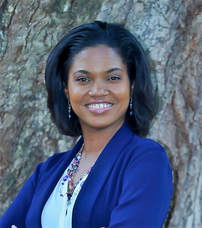