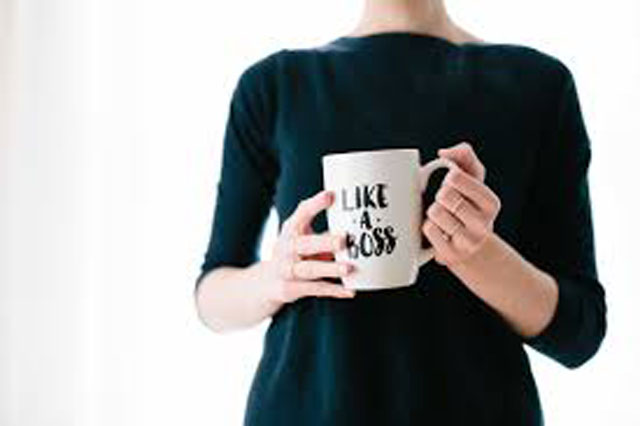 As a stay at home mum, I'm certainly not a leader in the work force, and up until recently, I didn't hold an official position of leadership in my church. Technically, I don't really hold any titles of “leader”.

I have all the typical hallmarks of a leader though: I'm quite loud, I'm happy to speak from the front, I have no problem giving directions, and I'd like to think I'm fairly motivational. However, I don't actually think that those characteristics are what make a Christian leader. So, what could I possibly have to say about leadership?

A friend of mine (Andrew) wrote in a recent blog post that the choices we make, the behaviours we exhibit, the things we say, our integrity, before we come into a position of leadership (or in cases like mine, when we're leaders without a role) are what build us and define us as Christian leaders and influencers.

Andrew used the example of Moses, a man who built his character up well before he led the Israelites out of Egypt, and who made choices based on faith even when he didn't know what the future was in front of him.

As I was thinking about this post, and reading some different things, another example stuck out to me, in the life of Nehemiah. Nehemiah was the cupbearer to King Artaxerxes of Persia during the time that the Israelites were scattered, and Jerusalem had been conquered and destroyed by the Babylonians.

It might not seem like a big deal to be the guy that tastes the King's food (and checks that his wine isn't poisoned), but it was actually a pretty prestigious position. I wouldn't call it a position of leadership, but only men who were trustworthy and diligent could hold such a title. After all, the King had to have total confidence in his cupbearer that his food and drink was free from any death threats.

If you follow the story of Nehemiah, you'll see that even though he begins as cupbearer to the King, he ends as the governor of Judah, after completely rebuilding it from ruins. Certainly a pretty impressive leader.

Those same qualities that the king chose Nehemiah for in his role as cupbearer, are what put him on the path to being a great Christian leader. Moreover, he didn't even go looking for his role as governor, but as a man of trustworthy and Godly character, he was moved to act on behalf of his nation.

The book of Nehemiah begins by his brothers bringing him the sad news of the Jews in Jerusalem, how they are troubled and distressed, and the walls are quite literally tumbling down around them.

Nehemiah Chapter 1verse 4 says that Nehemiah instantly went to God in prayer and fasting. For “some days” he mourned the plight of his people and his city, before seeking God, coming before him in repentance, not only for himself, but on behalf of his family and Israel, and asking for God's power to do something about it.

Great Christian leaders are men and women of prayer, and action

Fuelled by his prayer and fasting, and the presence and power of Yahweh, Nehemiah uses his unique position as cupbearer to seek support and blessing from the king to move forward in his mission.

As he begins this hard, draining, costly work (in terms of money, time, physical and emotional sacrifice), Nehemiah's character and integrity only continue to grow. He not only has the characteristics of a Godly leader, but he seems to have the practicalities down pat too.

He is tactical in his mission, his plan well thought out, and he delegates effectively. He gives clear and precise direction, and he gets his own hands dirty as well. To be able to pull off what Nehemiah pulled off, we can only imagine how inspiring, motivating, and encouraging he must have been.

On top of all that, he remained totally humble. The book mentions several times that Nehemiah prayed before acting, that he would declare out loud that God would be the one to give them success (Nehemiah Chapter 2 verse 20a, Chapter 4 verse 4).

God expects no less of his leaders today. The church needs leaders who can rebuild individuals, families, specific ministries, churches, and yes, even nations.

I am sure that Nehemiah did not expect to take on the role that he did, just like Moses didn't expect (or to begin with, even want) the leadership role he was given. But, like many other great men and women of God, even as 'regular' individuals, they were devoted to God, they sought his presence and his plan, and they were obedient to his call, whatever that may have been.

As a stay at home mum, every decision I make, every encounter that I have, my daughter is watching, and I am leading the way for her. There is no greater mission than leading with integrity, courage, and Christ-like character right where you are. Even if you are leading without a title or position description.

As Nehemiah took on the mission of rebuilding the walls of Jerusalem, and eventually stepped into his official leadership role as governor, his character, integrity, and reliance on God continued to grow.

“...the earlier governors – those preceding me – placed a heavy burden on the people...But out of reverence for God I did not act like that. I devoted myself to the work on this wall.” (Nehemiah Chapter 5 verses 15-16)

“I put in charge of Jerusalem my brother Hanani, along with Hananiah the commander of the citadel, because he was a man of integrity and feared God more than most people do.” (Nehemiah Chapter  7 verse 2)

Regardless of your leadership role (or lack thereof), if you have a heart for God, a heart for God's people, and a desire to encourage, motivate, and lead; then you are a leader! As such, I encourage you to look at the life of Nehemiah, and others like him, to seek God in prayer, and then move into action.

Wherever you are at this stage in your life, as a Godly person of influence, your character matters, your motivation matters, and your integrity matters.

There are people and places all around us that need rebuilding, and you don't need a title to get it done. You need a heart that seeks God, that feels for the plight of his people, and a Godly character that will stand up to the task. 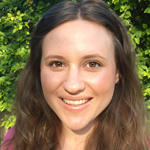 Jess is married to Colin, and they have a two year old daughter, Lucy. Together they are striving to live like Jesus every day, by loving God, loving people, and serving the world with joy. This article (and the blog post mentioned by Andrew Sercombe) was originally a blog post at http://neoleader.co/. Jess Curries’ previous articles may be viewed at http://www.pressserviceinternational.org/jess-currie.html.