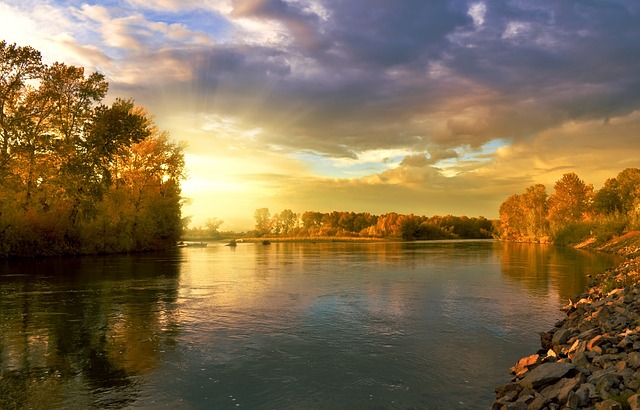 One of the thoughts that has crossed my mind recently is how nature and beauty around us can teach us so much about how we were supposed to originally live. The part of nature that has consumed me recently is the life and flow of a river.

God speaks time and time again about rivers all the way through his Word. I also find that a lot of my paintings feature rivers, water and depict the concept of a healthy flowing river. So it certainly is an image that continues to rise up in my mind.

Now this metaphor has so many applications to so many different aspects of life. But on this occasion I really feel that there is something this river metaphor is teaching us about giving and in particular our finances.

Yeah I know it is a touchy subject and often finance, whether we are in the Church or not, makes us tense up a little more than other subjects. My question is Why is that? Was that God’s intention? Is it important to have more stress to rise up in this area?

I’m not downplaying the need for finance and the importance of us to be mindful and wise about our financial dealings, but I am questioning the reason why this area is such a burden.

I see time and time again Churches, ministries and faithful people struggling away not getting the needs they require and often the 100% target drops back to 30% or even less. Is it that we don't know how to be generous or is it that we operate more out of fear than faith?

There is no simple answer, but what I do know is that when I read about God’s dealings with finance he seems to be way less stressed than we are.

I recently was lead to the passage  that talks about running rivers and salty lifeless, in fact dead marshes and I wondered what God was trying to say in this passage about generosity. It was very high on God’s radar to speak about giving and finance. In fact it is one of the most spoken about topics in the bible. You know what the first is? It’s the poor. Interesting, I reckon, and something to ponder when thinking about giving.

The tale of two water states…

Anyway so let’s take a quick look at these two types of water states and what they can teach us about generosity and how we handle our finances.

First let’s look at the salty marsh and what defines this state of water. Straight away we see that the water had to come from somewhere and now is standing alone. The second is that the water in a marsh is usually too salty, lifeless and actually most of the time smells and is an ugly colour. So what is the “life” that is in this body of water? Well the answer is it might just be filled with algae or other organisms that totally rely on what is there and what is left until this marsh dries up. It is a water state that certainly has a limit on its lifetime.

Let’s look at the river state of water and what defines this. Straight away we see that it is flowing, it has come from somewhere, is going somewhere and usually is travelling a long way. Secondly there is life, vibrancy, colour and power in a river. Thirdly it is very rarely the same the next day.. Now I could go on and on in looking at the river and there would be so many lessons from just this short comparison. So here are few bites of wisdom that comparing these two water states can teach us about generosity.

One is that if we approached the finance we receive like the flow of a river we might discover the way we were supposed to live. Each day God gives the river new flow and as a good Father He will always provide tomorrow’s provision. Sometimes that flow will be like a trickle and sometimes it will be like a rapid, but we do know that there will always be enough for that day.

Our response unfortunately is to approach this flow by damming up that part of the river and trying to suck every part of what we have been given for one day and trying to use that portion for many days, weeks, or even years. It is a strong word, but there is so much truth in it.

The other day I was sketching in my journal and a comparison picture came to me of God’s way vs Man’s way. The picture depicted a flowing life-filled river like you would see in a National Geographic documentary on one side and then on the other a busy, pollution filled and stressed picture of a river that was being sucked dry by the man-made infrastructure that was around it.

These two pictures only further confirmed what God was speaking to my heart about generosity. If we began to approach the flow of finance that comes each day as today’s portion, and we steward it well for the day, it’s our human responsibility to allow that gift to flow on to the next part of the river.

Imagine what we could do each day if we allowed ourselves to trust and believe that God, being faithful, will provide our needs the next day. Imagine the opportunity that would present itself daily to be able to bless those around us without the fear of what if I don’t have enough tomorrow. I reckon it would be “real” freedom.

After all I think sometimes when it comes to generosity we seem to pay more attention to a world culture than a ‘His Word’ (Bible) Culture. Maybe when God said “look at the birds they don’t plant or harvest or store food in barns, for your (our) heavenly father feeds them and aren’t you more valuable to him than they are?” (Matthew Chapter 6 verse 26) He really meant it.

The next time you find yourself at a river ask the question are my finances like the salty marsh or am I letting them flow like the river? 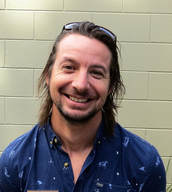 Justin Monaghan’s previous articles may be viewed at: http://www.pressserviceinternational.org/justin-monaghan