For the past six years, I’ve had a tradition on New Year’s Eve. I sit down at my computer desk, and type a list of my achievements over the course of the year. Every significant one. I filled one sheet of paper, some with handwritten scribbles on the ledges for achievements I forgot to type.

On New Year’s Eve 2013 - before my last year of high school - I compiled a list that proved that I was ready for my final school year. The merits and excellences, volunteer work, beach clean-ups and tree planting.

The next year 2014 - my list was full of optimism and pride. I remember feverishly typing them up before midnight fireworks, swelling with pride like the night sky swelled with smog and bright colours.

I was a school prefect and the deputy leader of our community club. I represented my school at the New Zealand Model United Nations, won community service award, performed a one-woman dramatic piece, directed a school play, earned my learner’s license.

I remember finishing until there was no more room on the paper, reading it through and feeling only excitement for 2015 to come.

It was the most efficient way to assess the pointlessness or significance of the passing year. Did I do anything with my life? Or did I waste away twelve whole God-given months?

Two years out of school went by, and I started to notice a pattern.

Unlike my high school friends, I went straight into the workforce after high school to help my family. My dreams of excelling at university were postponed for years.

During this time, I was almost continuously fluttering between low-wage work, from one unsatisfying customer service position to another. Nothing of significance. Nothing of worth.

When New Year’s came, it became harder to think of things I achieved.

On New Year’s Eve 2017, I sat in front of my computer, not knowing how to start. I lived through another twelve months gifted by God yet my mind was blank. There was nothing to write about.

Eventually, I typed the only thing of significance I could wring out of the year. 2017: Broke up with him.

As I scrolled through Instagram and stalked old friends on Facebook, it begun to dawn on me: I was the most underachieving person I knew. My friends were all graduating. Many were in enviable relationships; a few had gotten engaged; one had a baby.

Here they were, making public lists to share their achievements with the world. And I could hardly list down one thing, just for myself.

How did the year go by like this? What did I have to show for myself? Some low wage work experience. No degree, no boyfriend, no friends. Nothing to hold, nothing to show.

So this was how I started the new year. Without the smallest hope, or anticipation for 2018.

I’ve had a chance to think about the true meaning of achievement since then.

My mentality was not different from that of your normal ambitious millennial. Those ‘achievements’ - little things I now see, years later -  were only vanity triumphs.

That’s not to belittle real achievements. Of course we have a right to be proud when we reach or exceed our goals; for most people, it’s what keeps them going, gives them the motivation to rise and work from dusk to dawn. To marry before 30. To own a big house. A snazzy car. A promotion.

But you can’t ‘pass’ or 'fail' twelve months of your life. We don’t have to look at the meaning of achievement that way alone.

It’s the little things. How do you begin to measure the number of times you laughed in the year? The arguments, the disappointments? How about every perfectly sunny day, every cup of coffee you drank, every satisfying home-cooked meal you’ve had?

Rising in the mornings when all you’d rather do is sleep all day. Sleepless nights spent tossing and turning, riddled with nightmares and anxiety. Summer hikes with friends and dinners with my mother.

What does God think about a University Degree versus each vulnerable confession with your chosen family? Or lessons learned and very solemn mistake made? What about every prayer, those still waiting to be fulfilled and those wonderfully, gloriously met?

It would be impossible to end the list. It would go on for miles. So here’s a new meaning to the word ‘achievement’. It’s in those little moments you can’t photograph and upload to your story, successes you can’t express to the world but can share with those who deserve to hear it.

I stepped into 2019 with an empty list. Opened my eyes to the fragility of vanity triumphs. It’s going to be a good year, full of little things everywhere.

“… in the end, does it really make a difference what anyone does? I’ve had a good look at what God has given us to do - busywork, mostly. True, God made everything beautiful in itself and in its time - but he’s left us in the dark, so we can never know what God is up to, whether he’s coming or going. I’ve decided that there’s nothing better to do than go ahead and have a good time and get the most we can out of life. That’s it - eat, drink, and make the most of your job. It’s God’s gift… Whatever was, is. Whatever will be, is. That’s how it always is with God.”(Ecclesiastes chapter 3,verses 9-15) 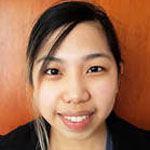 Megan Fermo is a writer who dreams of publishing her novel one day. She is learning and growing her faith every day.

Megan Fermo is a creative writing student from Wellington, New Zealand. Megan is working full-time to achieve her goal of publishing a novel.