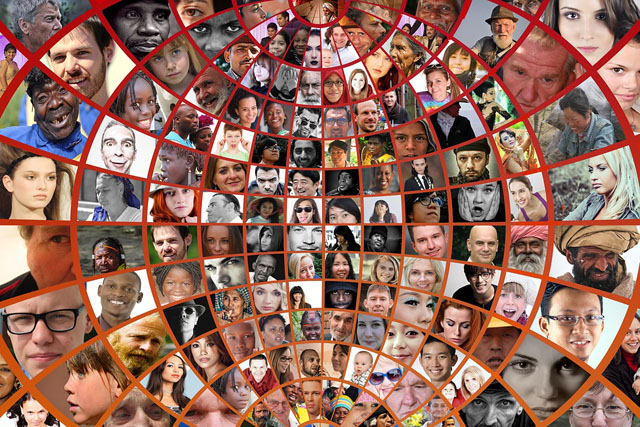 There is a list of words I could have used instead of “shoot” in my article title. Hate, exclude, write-off, oppress are some synonyms for my use of shoot. Given the recent tragedy in Christchurch you might get my point.

When I say boxes, I don't mean physical cardboard cubes that you pack stuff into transport or for storage. Rather, the intangible boxes we form in our minds that contain people in different categories.

When people say they are interested in or are a part of a particular community, our minds automatically drop them in a box.

We have no opinion of a person when we first meet someone. Then, we may hear them sing and think they are talented. In the “talented” box they go.

Or they start sharing their views on a social issue. Your mind starts to work out what box to put an intelligent human in. When we disagree, they go into a box that is made of unfavourable emotions.

They are people, they are us!

The massacre that happened in Christchurch is heart-breaking. I may not agree with what Muslim worshippers believe in, however, I chose to take the injured and dead out of the “Muslim” box and view them as people.

I end up saying “people died!”.  I am devastated by this fact and even more that “Kiwis died”!

I’ve had conversations with people around this tragedy and other tragedies. Where we see people, like the shooter, fail to see others as fellow human beings and see them just as a labelthey dislike.

Therefore, individuals or groups may ignore, exclude and distance themselves from people. Or, in the shooter’s case, shoot them.

A follower of Christ wouldn’t do something as extreme to discriminate people. However, my question is, can we be agents of love and show any form of discrimination? At all!

The Gospel of Matthew records Jesus’ response to one of the testing questions asked by the Pharisees. The question by a lawyer asked which law of the law of Moses is the greatest of them all (Matthew chapter 22, verse 36).

In a typical God in human flesh Jesus style, He gives an answer that is a few grades above the question. Matthew chapter 22, verses 37 to 40 records,

“Jesus replied, “‘You must love the LORD your God with all your heart, all your soul, and all your mind. This is the first and greatest commandment. A second is equally important: ‘Love your neighbour as yourself. The entire law and all the demands of the prophets are based on these two commandments.”

Jesus does answer which law is greatest. Bringing the conversation up to His level, He says an all-round answer. Rather than addressing the matter of picking a number from 1 to the total number of laws spoken by Moses.

Jesus sums up all the laws of Moses and the rest of the Old Testament laws. Making them all important!

My understanding of this passage since the time I learned it was that a neighbour is basically anyone. Any human being! Regardless of their race, religion, opinions or any other categorization.

That means, we must love and care for people in our “disagree” and “different from me” boxes. Just as much as we love and appreciate those in our “talented” or “I can always count on them” boxes.

When we discriminate and show prejudice against a group of people, we are disobeying the second commandment. Furthermore, we would be disobeying the first as Jesus said the “second is equally important” as loving God with everything we got!

Not a label on a box, but people!

When we put labels on people, we limit our view of them. We fail to see what other interests, talents or thoughts someone may have if we put people in boxes.

We may disagree with someone’s way of living and feel uncomfortable being around them. However, there is a chance there is something in common we both enjoy, support or agree on.

We may fail to see what people’s struggles and hurts are. We could be hurting them by how we're interacting with them, or lack thereof. There’s also a chance we're facing similar struggles and pain that we could be supporting each other in.

But that one thing we don’t like about them is a barrier to making a connection.

So, let’s see people as people. Remove people out of boxes and see everyone as creation made in the image of God. All broken, like ourselves, in need of our love, care, and a warm embrace! 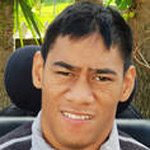 ManueleTeofilo lives in South Auckland with his parents and siblings. He has graduated from the University of Auckland with a Bachelor of Human Services and plans to work in the disability sector. He enjoys getting around in his electric wheelchair and having fun with people.

Manuele Teofilo lives in South Auckland with his parents and siblings. He has graduated from the University of Auckland with a Bachelor of Human Service. Now, he works at Elevate Christian Disability Trust. He enjoys getting around in his electric wheelchair and having fun with people.