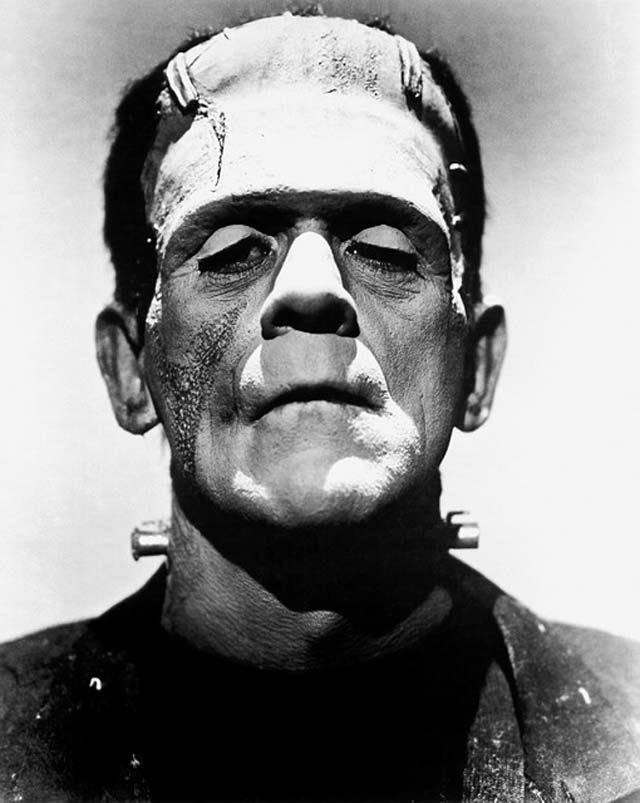 By the time you read this I will have finished reading, Mary Shelly's 'Frankenstein'. Why am I reading Frankenstein? It is for my minor thesis, a document of many words. One that has not yet been written. Though it is coming together.

For those who do not know the early dawn of modern horror that is Shelly's Frankenstein; it is about the ab-use of nature to gain power over death. From the 'clay' of dismembered bodies Frankenstein makes a man.

The classic cinematic version of Shelly's novel has Bella Lugosi portray the 'monster' with green skin and neck bolts. It remains very clear in the cultural mind-scape. A very huge being with a slow gait, super human strength and perhaps the mind of a child. Man's 'Science' makes man and it is monstrous.

For Frankenstein his process is closer to alchemy than to modern science. It is a secret to be found, a desire that others avoid, something that creates awe and fear. Is this the sinful will of man at work? Or, is this the next step in man's growth in power over the created order? Should we be afraid or should we be proud of this new step in the progress of technology?

Bring your own dirt

To say the creature was built by Frankenstein would be true, but, not entirely so. This can be explained with a joke. Scientists come before God and proudly state that they can make 'man' from dirt. God is ok with this and lets them go for it. The Scientists proceed but all of the sudden God halts them. They ask “What is the matter?” God says “Get your own dirt.”.

Science as we know it is about the investigation of nature and the documentation of its many investigations, along with their successes and failures. Francis Bacon and Descartes are the initiators of this grand project, one that has seen the development of so much that aids us. Medical advances that extend life, that eradicated diseases. I myself am assisted by surgical means permanently imbedded in my spine to halt scoliosis. Science and technology has brought so much.

Frankenstein is not thinking about the good. His is not an altruistic endeavour. Is Shelly warning us about who the monsters really are? It is here that I want to take a little detour away from the scientific and consider something I was taught about the word 'monster'.

Etymology, the study of words and their history is an oft maligned, yet, important study. Words change over time, they shift and stretch in meaning and use. When it comes to Shelly's novel the creation of Frankenstein is popularly called the monster. Monster is kin to the word demonstrate. Monster is also used in the church in the form of a Monstrance.

For those who are not acquainted with High Church forms you will not know about the monstrance, it is usually a container for the Eucharistic host (the circular wafer) in communion. They look like stylistic lamps, but are not lamps at all. Often with solar motif they hold the host in glass, on display for all to behold the mystery and beauty of the Eucharist. It is an artistic display, a demonstration, a statement made physical of the importance of the host to the those taking part.

Horror is an intense feeling of fear, shock or disgust as the dictionary tells us. A monster, especially the one Shelly gives us in Frankenstein, is one of shock and disgust. It is a demonstration of a wilful dream that still exists. It reflects forward and still does today as we use the word monster to describe many fictional and real moments of shock and disgust. Our attachment of the word to Kaiju, Godzilla, King Kong to those who have caused horrendous deeds against people and creation.

With the Monstrance it is displaying the mystery of salvation, reflecting back to us the actions of Jesus, his life, death and resurrection. Such power and grace that we are to be struck like Paul on the road to Damascus. In Holy Fear like Moses, Elisha, Ezekiel, the list goes on.

Tales that warn us about ourselves

The Ancient Greeks told tales of technology. With Daedalus and Icarus they warn of the overdependence on human artifice, of stepping too far outside the set order of creation. In Genesis the story of Babel warns of the power of humanity attempting to reach to heaven. While technology has given us much there is much that has been taken in return.

Our power is great, the force it creates is one that should be feared and held in awe. Shelly, like many writers of horror, science-fiction and fantasy holds a mirror up to humanity. In the case of Frankenstein the monster in her book is not the familiar Bella Lugosi with neck bolts. We see this in Kenneth Branagh's movie which follows Shelly's vision of the 'creature' who is played by Robert De Niro with no neck bolts.

If the 'monster' is not the 'creature' then the monster on display is none other than Frankenstein, the classic model of the mad scientist. Like the Greeks and Genesis, Shelly's monster puts man on display. In the pomp of his audacity, Frankenstein wants to defy death. To his misfortune he does so. 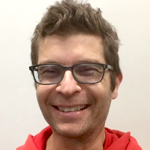 Phillip Hall is a student at the University of Divinity attempting to get permission to write his Minor Thesis for Masters Research. Shelly's Frankenstein is just one of a four fictional accounts of our Hope in Technology that may be included.