My three year old has been finding it hard to take ‘no' as an answer. We've been trying to let him know that when he asks for something, he needs to be ready for the answer to either be ‘yes’ or ‘no’.

While it might seem like common sense that both ‘yes’ AND ‘no’ could be the answer, my little boy somehow only expects ‘yes’ as the answer. This is especially so when he asks politely. To him, as long as he uses his 'please' and 'thank you', he should always get what he asks for.

However, we all know that that's not the case. Ironically, despite us knowing it, this is exactly how we behave with God - we always expect God to say ‘yes’ to all our requests.

My boys reckon there are a few reason we say ‘no’ to them. The number one reason they think we say ‘no’ is because they did not ask politely. Therefore, if they were asking in the right manner, which is politely, there shouldn't be a reason for us to say ‘no’.

The second reason is they did something wrong and do not deserve it, hence the ‘no’. When they fight over a toy or sneakily eat some candies without permission, they think we say ‘no’ to them as a punishment.

The final reason is that we are being plain mean and withholding from them something they deserve – a conclusion my older boy usually reaches when we say ‘no’ even when he is well behaved and obedient.

These reasons are pretty similar to why we think God says ‘no’ to us - we didn’t ask for it properly, we sinned, or it’s not us who is the problem but God(a god who doesn’t really love us and withholds from us the things we want).

As parents, I realise I do say ‘no’ to my boys when they are demanding instead of asking politely. This ‘no’ is often just a delayed ‘yes’ to cultivate in them good manners. After all, politeness is the basic courtesy required of us when requesting for something as we need to be respectful of others and not just focus on ourselves.

The best for them

Saying ‘no’ is the best for our children...

…when they are impolite because they need to take others into consideration instead of getting their way selfishly.

…when they misbehave because they need to cultivate godly habits instead of setting bad examples.

…EVEN when they are well behaved because they should be pursuing excellence instead of settling for mediocrity.

The best for us

…we would have gotten stuck in a job that we don’t excel in.

…we would have been burnt out and not get the rest we needed.

…we would have grown overconfident without reliance on God.

When we know that God’s ‘no's’ are the best for us, we learn to accept them gracefully. It’s no longer a battle to squeeze out ‘yes’ from God because we understand that ‘ is the best for us at this moment and ‘yes’ wouldn’t be the better answer, at least not now.

Even though it's not what we want, being consistently proven that ‘no’ does us good and helps us grow makes accepting the next ‘no’ easier. ‘No’ now becomes as appealing an answer as ‘yes’ is, which should have been the case right from the start.

While this quote speaks of saying ‘no’ to things, I find it applicable when accepting ‘no’ as an answer too – that we gracefully bypass even that which seems good in order to ensure there’s space for the best.

The next time your child starts throwing tantrums because of your ‘no’, don’t be tempted to succumb to them and change your answer to ‘yes’, for in that way you are robbing them from the best.

In the same manner, the next time we get a ‘no’ from God, we don’t have to be downcast for we know it is equally as good as God's ‘yes’. In this season if job hunting, I’m reminded of how I can handle a 'no' again. 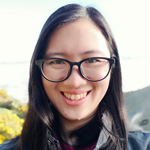 Esther Koh is a primary school teacher living in Wellington with her husband and two sons. She loves people and has a passion for helping others find their purpose for living.