As this article is being published in Christian Today, my wife Delma and I are on our way back to the Gold Coast after a week in New Zealand.

In 2015 StuffNZ revealed the story behind the suggestion to close the entire New Zealand railways system and this created an enormous backlash from the NZ Tourism industry who realises the value of its rail tourism trains.

Then Last November 12 months (2016) in this space I wrote that KiwiRail was seriously considering cutting out their distance passenger and tourist services which drew further alarm from NZ Tourism and a host of other business, community and social sectors.

In that article I noted a nine month review of KiwiRail by the New Zealand Government shook New Zealand tourism agencies to the core being fully aware of how popular their tourist train sector continued to be.

The proposal would have seen most of the North Island rail track closed and wait for it, all of the South Island's rail track system. In that article I then detailed these tourism KiwiRail sectors all of which I had enjoyed along with family members.

NZStuff article said that in the 2015 Budget the Government committed to the national rail freight network and decided against any of the four scenarios. However, ministers told KiwiRail to reduce its reliance on current levels of Government investment.

The four scenarios were to retain the KiwiRail network with positive further investment, another was to cut passenger services and trim freight, a third was to separate the North and South Island KiwiRail networks and the fourth was to only retain North Island freight.

Eventually the latter three have been dismissed under huge pressure from a massive array of the New Zealand community and KiwiRail will be retained with appropriate investment.

The article stated - KiwiRail chief executive Peter Reidy said the company was working on "simplifying" the business and improving reliability.

Moreover apart from the Interislander services, KiwiRail runs about 3500km of operational rail track which requires maintenance and upgrades even where there are no passenger services and very little freight.

Now I am able to report the tourism trains are being retained with much relief from the New Zealand tourist community. This recent video illustrates the Rugby Northern Train from Auckland to Wellington. Rejoicing all round! 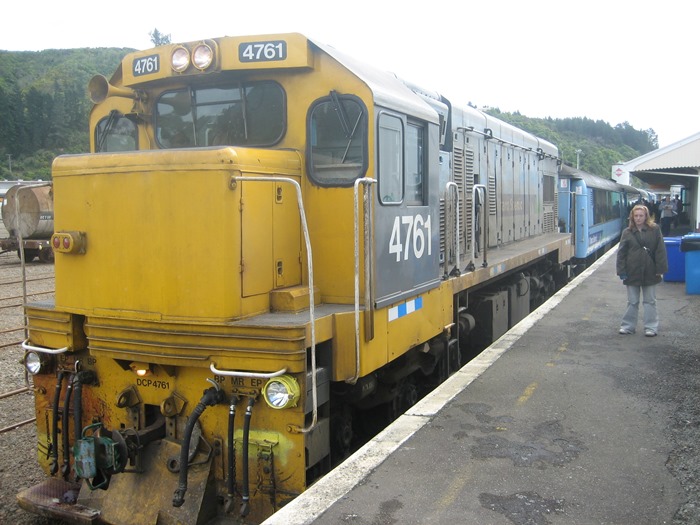 Kiwi Rail front of the train at Picton, South Island

It has been my joy over many years to be part of the New Zealand rail tourism experience.

1990 for the Auckland Commonwealth Games where I served as a chaplain, I flew into Christchurch, caught the famous coastal train to Picton, ferried it across to Wellington, then trained it from Wellington to Auckland.

On this trip, I took one of many railway books to the locomotive crew and they invited me into the cabin and I spent a good part of that trip on the footplate and over those huge gorges where the track winds its way through the mountains.

That year our family took a New Zealand holiday. We flew from Sydney to Auckland, then again from Auckland to Napier and stayed in Napier for three nights including the family reunion day and a ministry radio interview. We then drove from Napier to Wellington for 2 nights followed by the ferry to Picton in the south Island and then the train to Christchurch.

In my view this was best part of the journey as we had assigned seats and frequented the open air carriage which is designed to capture on film the magnificent New Zealand scenery.

My son and I joined my good friend the late Ian Carlson who was keen to experience New Zealand before his health deteriorated. We landed in Christchurch, got the hire car and drove to Dunedin where his Australian university days mate was lecturing at the university.

There was remarkable scenery and on the way back down the mountain I was able to once again ride in the cabin and chat as the Footplate Padre to the KiwiRail crew. Not surprisingly all the same concerns they expressed were paralleled to Australian locomotive crews. 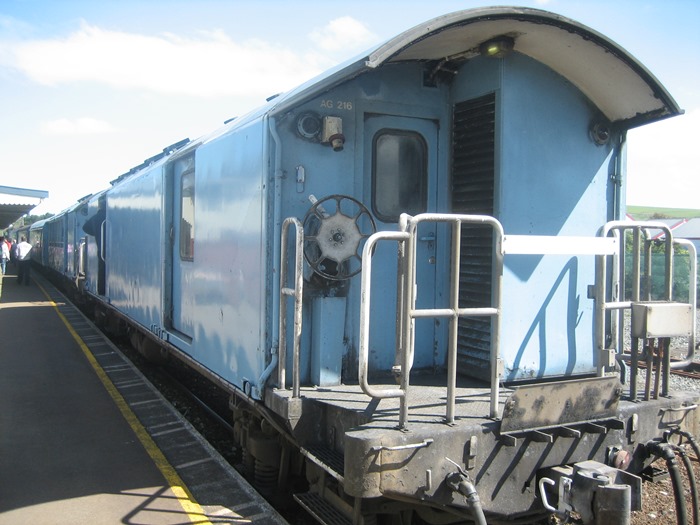 My wife Delma and I travelled to Auckland and then Christchurch for young writer ministry meetings – Saturday in Auckland morning and Sunday afternoon in Christchurch. On the Monday we took the tourist train to Greymouth and back.

This is a phenomenal tourist experiences. Several stops along the way including Mt Arthur and fabulous scenery and many a visit to the open air carriage photographs. We went in March and we were told it was even more magnificent in winter with the snow abounding.

We witnessed huge river flows, mountain waterfalls, remarkable scenery – and met people from all over the world likewise enjoying this tourist experience. With Delma and me was fellow rail buff John Grocott the young writer program 'awards' statistician. We spent well over two and half hours in Greymouth, saw the memorial to the mine disasters of well over a century.

The New Zealand Government recognises that rail and its infrastructure is more than dollars and cents. KiwiRail represents everything New Zealand. Moreover it has provided much Christian mission travel and will no doubt continue to do so. 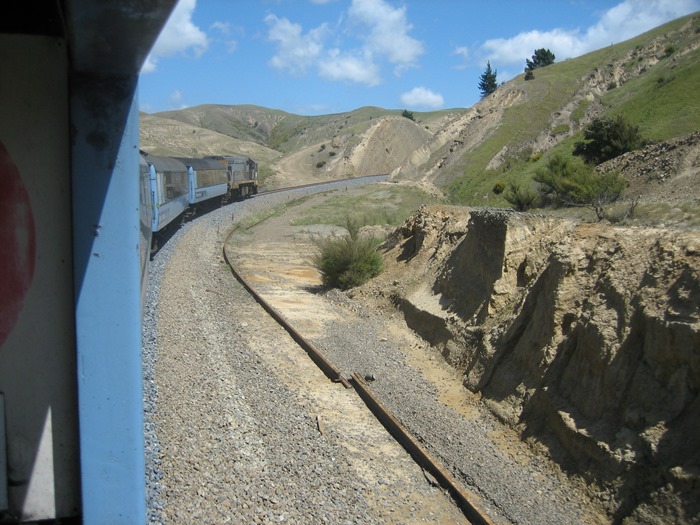