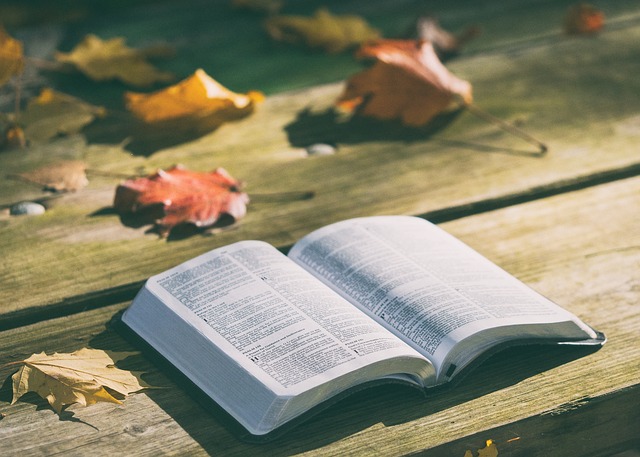 One of the ways in which Christianity affirms its faith in the inspiration and inerrancy of scripture is through locating patterns of design that remain consistent throughout the text. This is in spite of vast time frames, changing cultures and random authors and editors.

Those that are scientific amongst us point too much the same when arguing the case for the intelligent design of our universe. Patterns of mathematical and symbolic purity consistently shine in the midst of perceived dark matter and chaos.

Sometimes, atheists like to get brave and point to the randomness and anarchy that finds place amongst us, with all the unjust suffering that goes with it as good reason to throw away notion of a higher power. Especially one that knows what He is doing.

When Stephen Fry was once asked what He would say if He died and stood before God if He did happen to exist, He responded He would defiantly call out God with a big, “How dare you!” He then proceeded to describe the intense suffering caused by one of the most horrible diseases imaginable that randomly targets children in particular, and does so for no apparent reason.

Doubting God because of randomness is where numbers of Christians and Atheists have developed a silent agreement. Unwittingly, many of us have taken on a mindset that believes God is only blessing us or at work in our lives if things are running relatively ordered and controlled. Any forms of chaos, disorder or unexplainable events we experience are seen as a hindrance to God’s favour and blessing. Thus, suffering and disordered lives make God seem distant. It’s like atheism without the certainty.

In my church upbringing, it seems no matter how often the gospel is heard, the response of most Christians when faced with chaos and suffering is no different from Job and his friends. Either a big “How dare you!” (Job, or Stephen Fry) or “What have I done wrong?” (Job’s friends and, or, nearly every Pentecostal I have ever known).

When things are going well we find it easy to believe in patterns of blessing. Not only do we notice God’s consistency, we are aware of our own patterns of good habits such as tithing, church attendance, bible reading, prayer and so on. We stay constant with them all. Then, disaster or disease strikes in a moment and everything turns to ashes as the sky falls on our heads.

The first thing we do is look for what went wrong. What patterns have I failed in? Was I short five dollars in my tithing last month? Did I not pray enough? Did I skip the genealogies when reading 1 Chronicles? What did I do to distance God?

Next, when we can’t figure that one out, we look to see what patterns God has failed in. Where is the prosperity He promised? Why has he not healed me? Why did my business go down the tube? Where is the blessings promised to the obedient? As the pain increases, we are overwhelmed by chaos, lose sight of God’s patterns and no longer practice our own. Despair creeps in as our worship is silenced. “How can we sing the Lord’s song in a foreign land?” Psalm 137 verses 4.

Yet the patterns never died, and the blessing never stopped. The chaos and darkness has never extinguished the pattern or power of light. The faithfulness of God’s pattern of blessing is found in page after page of intense suffering and deep darkness in the biblical account. As I read through the events surrounding the birth of Jacob and Esau this week, I decided to not just focus on the divine side (as I usually do), but the deeply human side of the Old Testament. It was a liberating experience.

It is as we delve into the wars, the slavery, the idolatry, the brutality, the lying and manipulation, the rape and incest, the famines, the exiles, the starvation, the cannibalism and even the constant domestic dysfunction and chaos that sweeps over the people of promise, that the closeness of God to His people and the unfailing patterns of His blessing rise to our attention all the more.

Reading the Old Testament through New Testament glasses does not mean glossing over the inappropriate bits and distancing ourselves from the God who according to Isaiah says, “I form the light and create darkness: I make peace and create evil: I the Lord do all these things.” (Isaiah Chapter 45, Verse 7.)

It means finding the God who unceasingly positions Himself and His blessing in the midst of our suffering and darkness, so that we may know that none of our chaos or suffering distances Him any further than the whisper from our mouth. God Has etched Himself into our Humanity, our suffering, our chaos and our death. Wherever there is darkness and wherever God is, there will be blood.