Some events in our lives have a way of bringing us to reflect on past experiences and invite a fresh awareness of how the Spirit of God has been and still is at work. Seeing the Christian rap metal band P.O.D (Payable On Death) play for the first time in Adelaide recently was one of those times.

It took me back to the early 2000s when P.O.D stormed on to the music stage with intense attitude and energy, worshiping God boldly before the world. Their album Satellite, released on that fateful day September 11th 2001, achieved huge mainstream success. For a young Christian metalhead like myself this was certainly exciting.

In recent years I had lost track of P.O.D a bit so before seeing them play I got on YouTube and caught up on their music again, both stuff I knew and some stuff I didn't. Listening to a few of their newer tracks and watching them play one thing is for sure, they still rock hard!

Their unique style mixing metal, rap, reggae and pop came across loud and strong. It was not hard to see why as a Christian band they are able to pull large crowds of largely non-Christian audiences.

But the thing that stood out to me and inspired me the most was the band's faith and this led me to spend a bit of time reflecting on the band and their significance.

A band fuelled by vibrant faith

As I was reflecting on P.O.D I watched some videos of front man Sonny Sandoval talking about his faith. He shared about the perils of fame and success and how he came to a point where he realized he wasn't walking close with God and needed to focus more on his relationship with God. He came to a point where he cancelled a tour because he realized he needed to go home and be with his family and seek God for a renewal in his faith.

There were a number of ways in which this faith was on display at the P.O.D show in Adelaide.

P.O.D is a band that values honour. I noticed this in two ways.

Firstly, Sonny wore a shirt displaying the crown of thorns and nails of the cross logo of the legendary Christian hardcore thrash band the Crucified. The underground Christian hardcore scene is where P.O.D started out many years ago before enjoying mainstream success.

Wearing the Crucified logo, an emblem of this scene they originated from, showed to me their humility in honouring their roots when there was nothing to gain from it. In fact I may have quite possibly been the only person in that room of several hundred people who recognized the Crucified logo on Sonny's shirt.

Secondly, before they came on stage they played the song In the End by Linkin Park over the speaker as a tribute to Linkin Park singer Chester Bennington who died last year. Again this shows their humility in giving up their opening time to a band other than their own and showing solidarity with friends in the larger music scene.

These two things demonstrated to me that there was something different about this band in a world where many big bands are dedicated to their only glory above all else.

This difference also stood out in the way the band embraced the crowd. Sonny repeatedly called the audience 'family' and rather than being aloof rock stars they communicated that they were just ordinary guys on the same level as the audience. This was displayed most memorably as they encouraged audience participation and got one guy up to play drums on one of their songs.

The most powerful moment of their set for me was during an instrumental section where Sonny went right up to the audience and prayed for us. He held the hands of the people at the front and with his eyes closed prayed quietly for a while and then he raised his hand up over the audience and continued to pray.

You could see the love and compassion for the fans on his face as he prayed. The Spirit of God was moving and I could sense a subtle shift in the atmosphere.

This love, faith and prayer that P.O.D expresses has had an amazing impact.

I remember a guy leading a Christian music workshop at an Easter camp in 2000 talking about how P.O.D was singing songs of worship to God while opening for bands like Korn. Amazingly, many years later two of the members of Korn are now Christians and representing Christ in the metal scene in the same way P.O.D has been doing. In fact Brian 'Head' Welch from Korn now ministers with Sonny in his organisation the Whosoevers, who go to schools, rehab centres and youth events and help give young people hope and a positive message.

P.O.D, like many other great Christian bands, is an inspiration and I am glad I have had the opportunity to be reminded of that! 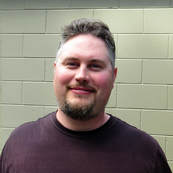