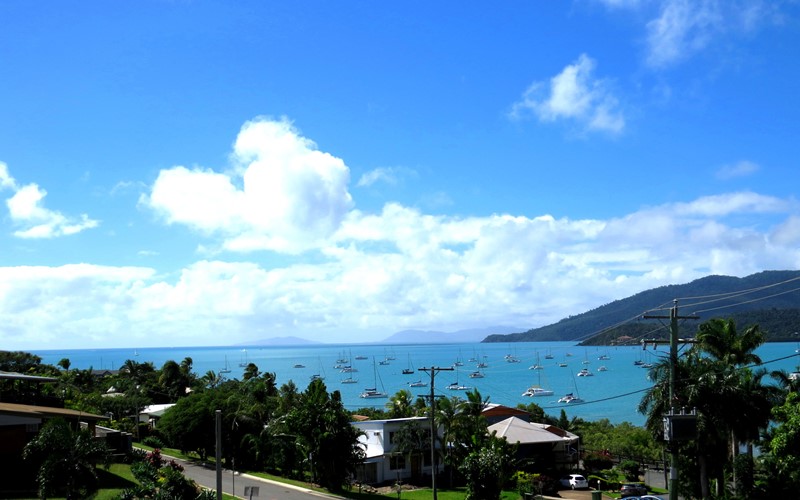 Tourism needs electricity supply security such as at Airlie Beach

Previously I have mentioned in this column on numerous occasions since 2008 that a former missionary (a lady) who spent many years in Bangladesh and who travelled extensively throughout the sub-continent and south east Asia said that Australia could settle 20 million from that region.

Admittedly, this was some 40 years ago, before the current asylum seeker boat issue was around, but after the Vietnamese boat people arrivals to Australia and this missionary has noticed the way in which these Vietnamese had succeeded in making Australia their home.

In this missionary’s mind, having seen first hand the teeming millions in poverty in the sub-continent and throughout south east Asia and the vast vacant spaciousness of Australia, claimed that central Australia could be occupied and with these millions of people so too would come the necessary infrastructure.

In recent years Australia has had a population policy debate and a figure of a population of 36 million has been bandied about by the year 2050, which is only 32 years away. This missionary’s scenario is therefore within some measure of reason. Having said that, the immediate issue of asylum seeker refugees is on hand and the debate seems to centre around four valid concurrent issues.

Australia like any other country defines its borders and sets national policy that protects and defends such borders. One only needs to visit Kashmir and the border line between India and Pakistan to observe the drama associated with national borders.

The same applies between the USA and Mexico where millions over the past forty years have moved northwards through then loose border protection. Today election campaigns in many US States are in Spanish as well as English such is the Hispanic vote.

None of us can get away from border issue policies and not major political forces recognise that border protection is a major legitimate agenda item.

Population policy is a constant within Australian politics. How many immigrants are allowed each year. How many asylum seekers both coming through the United Nations Refugee systems by air into Australia or by stealth through dangerous boat passages does Australia allow to stay as part of this overall population policy.

The 20 million figure proposed by this missionary many years ago was not a figure that was based on population policy, rather that of a humanitarian concern as a Christian, whereby these desperate people might establish for their families a fresh start.

There are various codes of sustainability. What could Australia through its national infrastructure and water supply sustain any given population on the one hand, along with political, and social cohesion on the other. Water is a biggie!

How much water does Australia, a parched continent, use in the best of years. Can our water supply sustain any increased population. There is so much environmental criticism whenever the word “dam” is mentioned -  it puzzles me that many of those who jump on this environmental issue are the very same ones who appear to want, what appears to be an open door asylum seeker policy.

The politic is another issue where an increase of 20 million people would make the Australian electorate very different than it is today. Volatility and ungovernable are words heard. Then there is the social cohesion issue where more than 50% of the population almost overnight (as it were) from other cultures and religions. I need say no more.

A specific number – the important question

What is a ‘realistic number’ that Australia could sustainably and safely incorporate into our nation?

Former Federal Immigration Minister now Opposition Leader Bill Shorten said on Q&A 22 July 2013: “We take 180,000 migrants and make them Australians every year. Now, at the moment we are taking more refugees than ever before, 20,000, and our Government has said that we'd look at - consider lifting that to 27,000.”

At an ARPA conference in Melbourne in 2013 Catholic Theologian Father Frank Brennan when pressed on such political numbers, concurred that these were reasonable.

Herein lies the lack of any current dialogue from the Christian Churches and community groups’ viz refugee agencies, asylum seeker benevolent associations and the like. Try getting a specific number from any of them. In that same Q&A program it was stated that there are 46 million refugees around the world. Australia fares reasonably well in the western nations % of refugee intake and so the question remains for the go-gooder groups, as to how many more can Australia take in any one year.

Any argument they make without stating the number they would sustainably bring into Australia, is a cop-out. Recently I’ve had a number of discussions with fellow theologians who all shout a bit from roof tops, but none of them offer a figure to bring into Australia. At least the Greens have released their policy, a 30,000 humanitarian intake (boat people), 10,000 more than at present and 3,000 more than Labor may increase it to.

It is not whether asylum seekers or refugees need a place to live safely – that is a given! Over this past week there has been a rash of public affairs programs re-visiting this population debate. 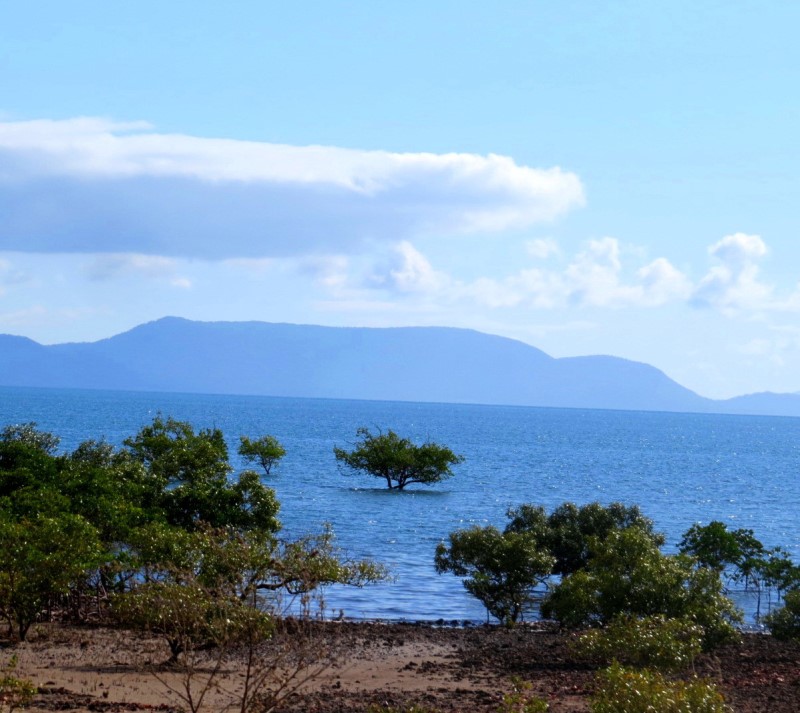 Emeritus Professor Ian Lowe from Griffith University in Brisbane published a book called Bigger or Better, in which he explains the politics of population growth and what it will mean for Australia. Immigration numbers is the key issue, whether Australia will be below or over 40 million by 2050.

The academic is pretty well on the mark. Immigration governance is based from the essentials above, none of which are in dispute. It is from these that any of us will put forward a number. In my view, Australia, as it now stands with its water infrastructure, could only reasonably sustain an increase of 15% on the current figure. I base this on the Biblical idea of a philosophical tithe (immigration and neighbourly responsibility) and an offering of an additional 5% as a practical workable figure (humanitarianism).

And this is the critical question for everyone. In my view, a good dose of wisdom might be to ignore any group or church or politician or whomever, unless they offer an annual figure. Then the real debate begins as to how the national fiscal pie is carved up.

For example, last week the Federal Government put a new Prostate drug on the Pharmaceutical Benefits list which for Pensioners will now only cost $5.60 rather than $3,300. The Government will now pay the $3,294.40 (or thereabouts). Do we as a nation ignore this critical health issue for men and instead spend the money on ….

None of us want chaos and whatever else might be said, the Biblical notation focuses on wisdom and good order. This therefore necessarily means that both political persuasions will find ways to divert an unsustainable asylum seeker invasion (there are 46 million refugees around the world) elsewhere - whether that is from the source or transhipment.

Any sensible population policy illustrates that an open door policy is nonsense.  It would be revisiting the Gold Rush of the 1860’s. Astonishingly, even the Greens concur!  But, the Elephant in the room this decade is electricity supply security. 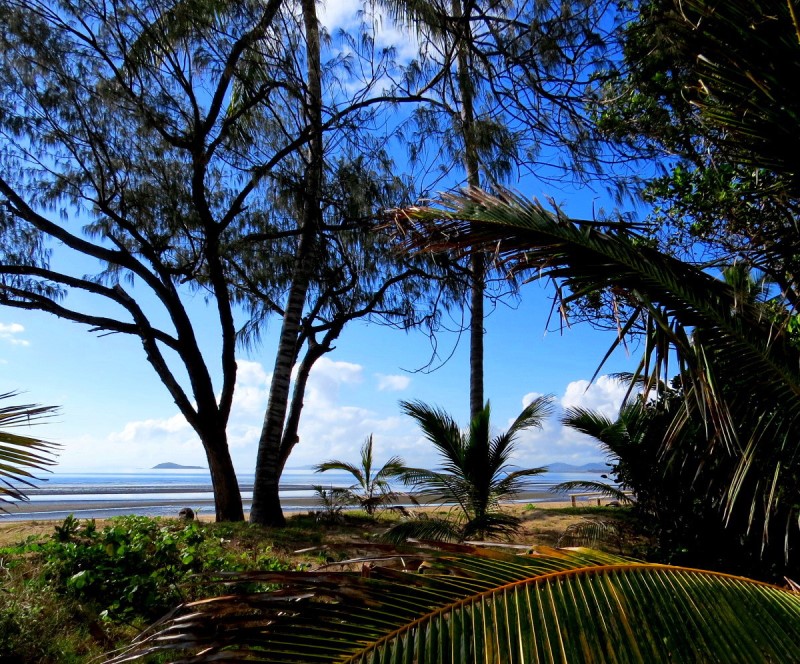