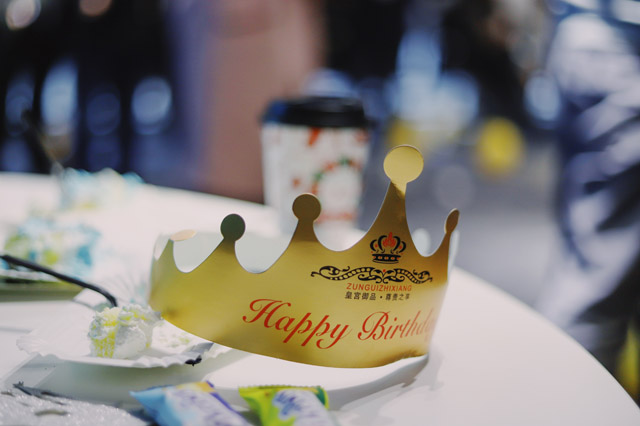 The little girl stood on her tippy-toes, endlessly counting the days on the calendar with sparkles in her eyes. There was still more than two months left until her birthday but oh, how it felt so close! She was going to ask her mummy for a chocolate cake, with candles that would show exactly how old she was going to be.

This is something I vividly remember because when I was young, my birthdays excited me more than Christmas. Just thinking about parties, games and presents brought a huge smile on my face but becoming one year older excited me like nothing else.

As soon as 24th May arrived, I would feel so much taller, wiser, adult-er. “I’m no more a little child”, I would think to myself, “I’m now an independent, strong and smart young lady”.

End of the hype

But after many birthdays, this special date seemed much less significant. It became something less of a celebration but just an extra day to thank God and my parents for leading me into this world.

So on 24th May this year, I turned 23. Some told me I was still way too young, some told me it was the best age. Some told me how beautiful being in twenties is and some told me “hey! Congrats for getting old! Haha!”, and that’s exactly how I felt. Old.

Iam no longer the teenager who wished for the days to run faster, taking me to the door of adulthood quicker than ever. I am no longer counting down because Iam barely catching up to the speed of time.

“Time is free”, I heard someone say, but I realised it wasn’t. At each tick and at each tock, time ate away my precious moments. Every birthdays felt like it came way too early. Sometimes, I turned older when I was still too young.

Time was the gold-medal, all time champion athlete and I was a retired runner with an injury.

Now – others well beyond their twenties would have laughed just now, saying “this is just the beginning! What are you talking about?”. I agree I’m still very young and that I’m only 23. But as soon as I turned into it, the first thing that came up on my head was “already?”.

I was getting scared. Before I’d realise it, I would be ‘too old’. This year came quicker than the last and I knew the next will be another record-breaker.

A crown of glory

But my mother viewed this differently. “Others say that they hate getting old as their wrinkles thicken and their hair grey, but oh, how I love it!”, she exclaimed, “As each year pass by, I am drawn closer and closer to God. I am so much deeper in my relationship with Him than I was when I was younger, so I’m truly enjoying ageing!”.

In Proverbs chapter 16 verse 31, it says “Grey hair is a crown of glory; it is gained in a righteous life”. I used to wonder what this may mean, but it felt like I was answered through what my mum expressed. The older you are, the wiser you become, but true wisdom is found in God. With each wrinkle carved on her face, she was growing her knowledge of God and with each silver added to her hair, she was growing intimacy with the Prince of Peace.

Time was slipping through her grip, but she was fearless. Getting old meant that she was getting deep. Deeper in her relationship, her understanding, her faith. Corinthians chapter 2 verse 16 was a reality in her life: “Therefore we do not lose heart. Though outwardly we are wasting away, yet inwardly we are being renewed day by day”.

I want to live like her. I want to be excited again for my next birthday. Not because of chocolate cakes or parties or presents, but because it is a reminder that another year had passed growing in God. Because I am going to be carved and shaped by His love.Because I’m getting older and growing older in Him.Because I’m reaching for the crown of glory. 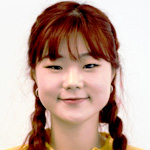 Sunny Kang from Auckland is a recentgraduate, a dreamer, a rider with a steady seatbelt in the rollercoaster of her Christian life. You can easily find her lost in books, writing in her journal, sharing her awes in God and sneaking one too many chocolates in her mouth.