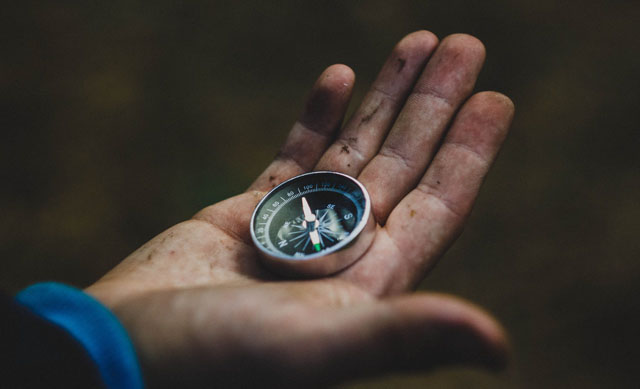 Identity means a lot to a lot of people. It is important to feel important and the more importance you perceive in the identity you identify with, the more you important you feel. That’s important.

Value is the summit we aim to conquer through identity. You can buy a plastic bag for 15 cents that varies little, yet performs the same function as a plastic bag for $1000. The difference in value is assumed via the expensive bag being linked to an exclusive identity through its brand and association. Exclusivity makes us feel superior - and we all want to be included in being excluded.

There are three things which traditionally navigate our quest for identity: biology, genealogy and theology. Use these three guiding stars and hopefully you won’t end up as another lost shipwrecked snowflake.

Once we do establish a strong sense of identity and value, we may wish to stamp it on someone else. Why?  Well, if my identity is valuable then naturally if it is multiplied, my stock goes up. Identity politics has never been more lucrative. Everybody wants to be somebody, even though everybody already is somebody.

Any uncertainty of who we are or how much we are valued can leave us prone to making idols of others, personalities whom we fashion as something or someone outside of ourselves who can determine what we cannot. Mediators between me and the me I wish to be, or in a religious context a mediator between me and God.

External marks and rituals are the works of mediators. A Nike shoe and a mimicked behaviour of your favourite sports star may act as a ritual mediatory mark and practice that bridges the gap between you and them. Every purchased shoe adds power to their name and brand, and you’re a part of that.

Speaking of identity, consider the Ethiopian Jews; who, according to an old Jewish tradition, are descended from the tribe of Dan. Though conversant in the Bible and maintaining certain rituals traceable to the Torah, Ethiopian Jews were ignorant of the Talmud, meaning their practice of Judaism differed greatly from the rest of the Jewish people. Many orthodox Rabbis questioned the Ethiopian Jews’ “Jewishness” because of their ignorance to Talmudic Judaism, holding to the belief that Talmudic oral traditions existed from the time of the Torah. In 1973 Israel’s Sephardic chief rabbi, Ovadia Yosef, boldly ruled that Ethiopians were to be regarded as Jews, a decision that was opposed by many Rabbis’, particularly Ashkenazik.

During the seventies, and after the overthrow of its emperor, the government of Ethiopia turned Marxist and conditions quickly deteriorated for its Jews. Israel began to quietly smuggle out Ethiopian Jews through a program now known as “Operation Moses”, however, as journalists in Israel started reporting on thousands of black immigrants that were suddenly arriving in Israel, the Ethiopian government put an immediate stop to it. Many Ethiopians now living in Israel were completely cut off from their families and were suffering in their new environment.

As time passed increasing numbers of Israeli Rabbis acknowledged the Ethiopians as Jews. To put an end to the question mark over their status, the Ethiopians were encouraged to undergo pro-forma rituals of conversion to Judaism. The males, who were already circumcised at birth, were to have a drop of blood taken from their male organ. Men and women were also to immerse themselves in a mikveh (ceremonial bath).

There is an amusing story concerning this told by a senior Israeli political figure to Israeli journalist Ze’ev Chafets. In one town where many Ethiopian Jews migrated, Ashkenazik and Sephardic rabbi’s competed for conversion rights. A group of Ashkenazik Rabbis would gather the men together, prick each one to draw a drop of blood, then shake their hands and welcome them to the Jewish people. The Ethiopians didn’t really understand what it was all about, though they accepted it good-naturedly. Then the next day the Sephardic Rabbi’s showed up. Once again, they took out their equipment to draw blood, not knowing that the Ashkenazim had got to them first. When they found out, they decided to go ahead with their ceremony anyway. The Ethiopians went along with it, no doubt getting a bit weirded out by it all. The Israeli official concluded his story remarking: “Every day, another prominent Rabbi wanting to take blood from their Penis, that can be disconcerting, you know?”

Many Ethiopians now refuse to convert to an identity they already believe they have, as to do so would be a slight to both them and their ancestors.

Most Christians who have spent a significant amount of their life in the church will have at some point become a victim of similar religious pricks. A special Rabbi, ritual or relic, ready to remind you of your incomplete identity.

Christ was crucified, resurrected in the body and now sits at the right hand of Almighty God. Humanity’s identity and value has reached its highest summit in Him. Not one more drop of blood is necessary. Don’t let your life be drained by another religious prick. Redemption has proved your worth and the Holy Ghost handshake extends to all.

Disclaimer: I have used the term Rabbi in lieu of teacher or minister, etc in a paragraph concerning Christianity. No disrespect is intended toward Judaism or Jews and all critique is directed exclusively toward experiences in the religion I identify with (Christianity). The story used is for comparative and illustrative purposes only. 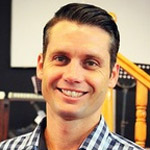 Joshua Robbie is currently serving the Lord under Pastors Ronnie and Shirley Naidoo of KZN Celebration Centre in Tongaat South Africa. He and His wife Rene’ moved from Australia to South Africa in April 2016. Their desire is to help in whatever way they can so that the church can become all that God has purposed her to be. Josh is a painter by trade and also enjoys sports such as surfing, basketball and boxing.