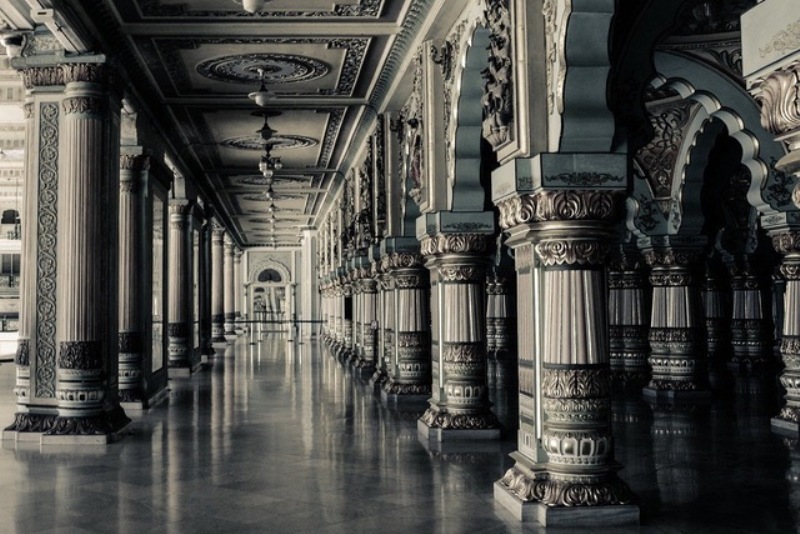 It's nothing out of the ordinary for a nonbeliever to question how a person could fall for such an idea as Christianity. Christians often see things from the opposite perspective, regarding the sceptic or unbeliever as more of a victim of being blinded by the world, as said in 2 Corinthians chapter 4 verse 4:

Understanding the weight of his literary influence, in the preface of , C.S. Lewis cautions against using the book as an alternative for the Bible or a summary of what it is to be a Christian. He also acknowledges that his work is as much for the religious reader as it is for the sceptic or unbeliever. This kind of thinking should be the base of all conversations we have with unbelievers; that the way we communicate with them should be influenced by the goal of developing their understanding.

Lewis goes on to provide the analogy of his work in being like a hall containing doors leading to several different rooms. For context, Lewis’ hall is the visual representation of beginning to question the existence of God and the different denominations of Christianity:

When talking to people about God, it’s natural to want to show them the door that we believe leads to the correct room, but Lewis points out that the hall is more like a waiting room and often it’s in the waiting that the correct door is revealed.

As it is our responsibility to make disciples, the ultimate change that can be made is only through the power of The Spirit as it says in Zechariah chapter 4

Which door is the true door?

C.S. Lewis had mentioned that his greatest service to any unbelievers was to defend and help others understand his faith and the basic principles of belief. The reason for this was that any theological or argumentative conversation on the topic of religion never seemed to result in understanding but rather provoked a hardened heart and a stronger will to prove the other wrong.

The way we live our lives should make unbelievers or sceptics question whether the door that they have chosen is The Bible says a tree is known by the fruit it bears, in the same way there should be a physical representation of the change that has occurred within us that draws others to the same pursuit.

The final piece of advice we are left with in the preface can summarise the entire approach we are to have with unbelievers:

The idea of making disciples of all nations is only possible through the power of prayer as that is the heart of a relationship with God. I have to remind myself often that wanting someone to know God is a patient pursuit but not an apathetic one, a consistent prayer for that person does far more than arguing a point across ever will, as obvious as that seems.