To celebrate the passing of my 70th summer, my bride of over 44 good years (only occasionally interspersed with a difference of opinion, sometimes of olympic proportions), bought us both a one hour tour on segways (‘seg’ as in ‘beg’).

So off we went to Currumbin Wildlife Sanctuary on the Gold Coast where we volunteer as Park Volunteers, for our tour.

Having undergone prior practice in a quiet area and as is usual on such adventures, we had to sign a waiver signing our life away in the unlikely event of some untoward disaster befalling us on tour.

During that familiarisation run we had to zig-zag around a row of witches hats (bright orange cone-shaped markers), and stop at our guide’s outstretched hand half-way up and then half-way down a ramp, and to practice safely stepping onto and off the gadget.

At last he was satisfied with us so off we segwayed.

In the kangaroo paddock we came upon an English-speaking overseas visitor who had to move sideways on the boardwalk so our tour party could pass, when he suddenly realised his head was close to the web of a harmless (probably unknown to him) Huntsman spider.

In fright he resorted to loud colourful blasphemous language. He misused Jesus’ name in a noisy repetitive way telling everyone he was arachnophobic, defined as the “irrational fear of spiders”.

One problem with his megaphoned fear (apart from it being broadcast in mixed company) was his gross misuse of God’s name, but he was clearly unaware to this.

On a different occasion, Graeme complained to me about another resident still having his boat stored in Graeme’s garage, saying: ‘I wish to Christ he’d come and get it’.

And commonly, ‘oh my god’…I forgot to buy toothpaste.

early in His Ten Commandments that: You shall not misuse the name of the LORD your God, for the LORD will not hold “anyone” guiltless who misuses His name. (Exodus chapter 20 verse 7).

And in the New Testament we read that the older Christian women were required to teach the younger women God’s ways: “so that no-one will malign the word of God”. (Titus chapter 2 verse 5).

God’s word, where His standards are clearly proclaimed in His statutes, was partly written so that He could fairly judge the man of the world by His divine standard of righteousness.

The law is…made not for the righteous but for law-breakers and rebels, the ungodly and sinful, the unholy and irreligious; for those who kill their fathers and mothers, for murderers, for adulterers and perverts, for slave traders and liars and perjurers – and for whatever else is contrary to the sound doctrine that conforms to the glorious gospel of [our] blessed god. (1Timothy chapter1 verses 9-11).

One of our daughters bought me a subscription to a magazine which contained an article about birds of prey (raptors) entitled: ‘The secret history of raptors’.

An interesting and informative article, but…

as is depressingly common with ‘all things nature’ whether it be a nature/animal park, magazine or film, the evolutionary mindset was strongly evident throughout.

No doubt people of that mindset say the same about the Christian and his/her creationist worldview even though ours (contra theirs) is ‘evidence based’, so there may be little chance of either persuading the other to reverse their thinking.

But if the opportunity does arise it is better to have a mature discussion or debate rather than a destructive argument.

And so we must always be: prepared to give an answer to everyone who “asks” you to give the reason for the hope that you have…[but always] do this with gentleness and respect. (1 Peter chapter 3 verse 15).

The ‘knowledge’ of the ignorant

The author opined that whilst the “Fossil evidence has been scant” nevertheless “there was an explosion of evolution in birds as they rapidly diversified into most of the modern groups we know today”.

Such scant fossil evidence did not deter him from confidently stating that immediately prior to that evolutionary explosion, it nevertheless had occurred after the “non-bird dinosaurs disappeared 66 million years ago”.

I marvelled at the historical precision and pin-point accuracy of the evolutionist’s atheistic thinking. He was able to authoritatively state (without citing any evidence of course) that this explosion did not occur about 65-70 million years ago, but precisely 66 million.

Such language is universal among evolutionists although it’s interesting that our calendar says this is only the year 2018. From what is never canvassed.

The author was less precise when informing that fossils from Australia of early songbirds are “up to” 54 million years old, and such birds began to diversify “33 million” years ago.

He encouraged the reader to think about the wonderful variety of birds around us and how “evolution has acted in somewhat surprising ways to generate the delightful variety of avian life.”

And yet in spite of that explosive diversification so long ago into the modern groups of birds we know today, they have always remained birds and have not diversified further into other distinct life forms…such as evolutionists or naturalists.

The alternative and far more plausible explanation however is that given by the Creator Himself.

With the unimpeachable authority of having done it, God says that He created every winged bird “according to its kind”, an expression that appears repeatedly in Genesis chapter 1. 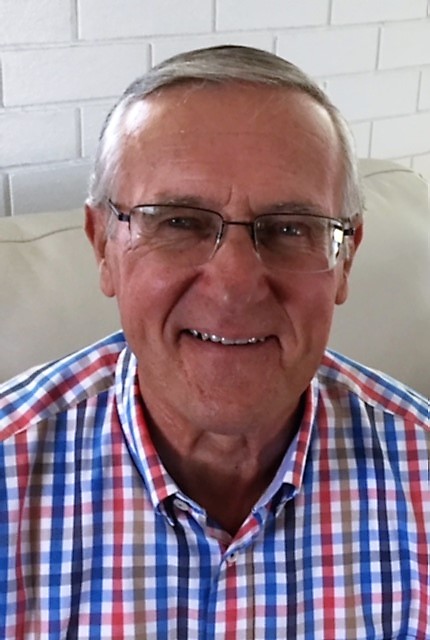