After reading an article about a state in India offering prizes for women who undergo sterilisation, I wondered what would be the "incentives" for someone to buy the Christian product.

Ben Doherty reported in the Sydney Morning Herald: "In a novel effort at countering India's perennial problem of rampant population growth, one district in rural Rajasthan is offering prizes, including a new car, for people (read women) who undergo sterilisation in government clinics." (www.smh.com.au)

Having served as the Australian cricket team chaplain for 17 years to 2001 and the Master of respite facilities for Australian Institute of Sport athletes from 1992 to 2006 I asked myself a slightly different question.

Of those who have listened to me preach or speak one-to-one, what have they thought are the incentives for buying the Christian 'product. In this sense, the word "buying" refers to a whole hearted acceptance of the Christian message that Jesus Christ died for their sin and rose again providing assurance of eternal life.

Not knowing the answer to this question, I went about asking some of these people what they thought. There seemed to be three central focuses in the responses.

First and foremost the responses were that God gave context to the fun and happiness within the family. Not only were celebrations of birthdays and anniversaries important, but also Easter and Christmas gave the family special focus to be thankful. In other words, the religious aspects of both Easter and Christmas pointed to the great reality, and that was the celebration of the joy of life God gives to us.

I too can relate to this as it is also within my own reality. Inherently I understand more clearly why the family unit with all its goodness and fun was under such constant attack. Many stated that Satan recognised the blessings of the family unit as something to be damaged and ultimately destroyed. The family unit is from God and therefore a major target.

Another response as to the incentives to "buy" the Christian product was a much quieter and subliminal attitude of peace of mind. This confidence, that regardless of what might come their way, somehow God was there beside them and walking with them.

This came across very powerfully with those who had suffered some kind of bereavement, grief or angst. This included a child or spouse's untimely death, separation or divorce, serious illness, loss of employment, financial difficulties, emotional turmoil there was a real confidence that God bought comfort and peace.

I wasn't surprised at this, as the Psalms speak of this in poetry and verse which are memorised and cherished. The New Testament also expresses this confidence over and over again. This is core "Christian Teaching 101".

The third major response was that of opportunity to have fresh perspectives for life. The Christian message is a positive one and it opens one's eyes to a new world that encapsulates not only a Salvation message, but bursts open the chains of a mind-set of restrictions. It brings freedoms.

These freedoms don't relate to political ideas, rather freedoms to reach higher and more lofty goals, to run with business ideas and wisdom, to stretch faith and service to the Lord, this is the oil of enterprise and mission.

Strangely, eternal life wasn't one of the major responses. Although it featured in some of the discussions, somehow this fundamental idea of Christianity was too distant; not in their reality with the pressures of day to day living. Yet, as a preacher, I pondered this was always a focus. What therefore, was missing in understanding the mindset of parishioners.

I pondered, that if these three ideas (family, peace of mind and fresh opportunity) represent Christianity in the minds of congregations, then why is the marketing of the "incentives" to buy the Christian product somehow not matching the product? 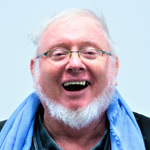