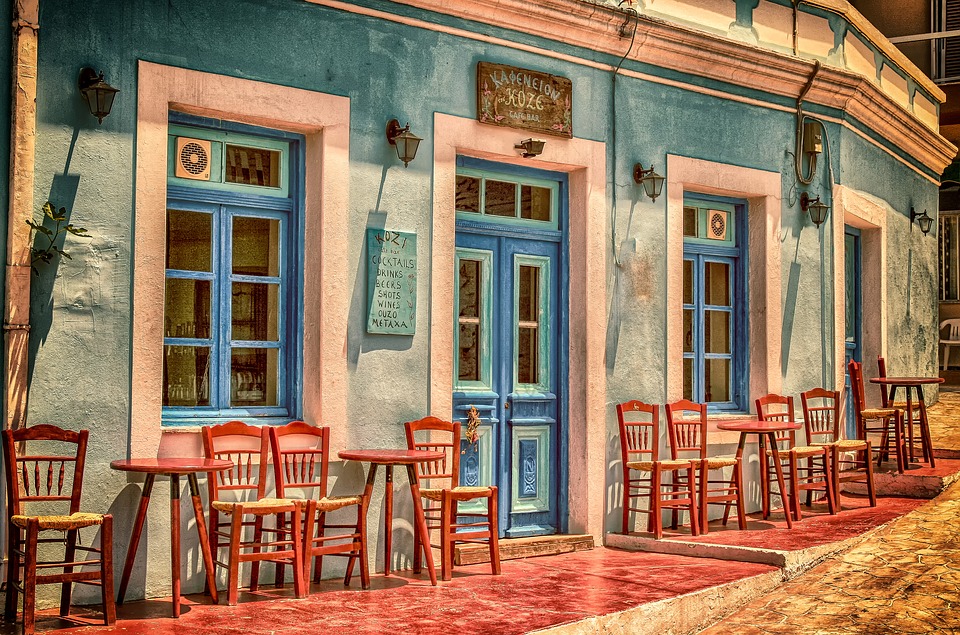 “Proddies, Proddies, ring the bell. While the Catholics go to hell.” My mother heard variants of this sung between the Catholic and Protestant school kids when she was growing up. I have never heard or seen anything like this outside of football fans heckling each other.

I grew up in a small street with six houses, all very different. One Italian and Catholic, two were Pakistani and three Anglo-Australians, my family being the only church goers. My sister’s friend and her brothers went to Catholic school but there was no antagonism. The worst it ever got was when my sister and I were blamed by Nonna “No wonder why she’s skinny, look at her friends.”

Croatia lost the World Cup Final against France. For those who do not know the history, Croatia, Slovenia, Serbia, Macedonia, Bosnia and Herzegovina, Kosovo, Vojvodina, Montenegro, and Macedonia were formerly Yugoslavia. Under the rule of Tito Yugoslavia was forged, and when he died the old nations resurfaced. Though the resurface of nationalism awoke with horrific consequences the recent World Cup has shown that something else is possible.

Yugoslavia was a powerhouse in many Sports. Basketball, Tennis and of course Football. In Basketball Yugoslavia has been one of the few nations to win against an all professional USA Dream Team. Tennis star Novak Djokovic is a former world number one and the Davis Cup wins for Serbia (2010) and Croatia (2005) show the strength of tennis in the region.

In the 2018 World Cup in Russia both Serbia and Croatia made the finals. The thought of a merged team playing the final against France was in the back of my mind. I was not the only person to think this, but I doubt the Serbian and Croatian teams did. There has been too much violence and heartbreak in that part of the world. Too much blood been spilt for such a thought to occur. However, not all sentiments between these nations have been negative.

Sport has been used as a pathway to understand between cultures and realising the truth that our similarities far outweigh our differences. Those who promote communication and interaction have noticed something in the celebration of the World Cup Final between France and Croatia. While the French players of African descent have been well documented the Croatian’s have immigrants as well.

Luka Modrić winner of the Ballon d’Ore (Golden Ball) for best player of the tournament was a refugee from the conflict in his homeland. It is also well noted that Croatian Goalkeeper Danijel Subašić is from the Serbian minority within Croatia. A Serb was cheered for every penalty he defended for Croatia in this World Cup. It is a confronting situation that has stirred some to consider the effects of nationalism.

While we cannot call it a groundswell there are those who are trying to turn old swords into ploughshares. Last year at the European Junior Basketball Championships the Croatian players supported the Serbian female team in the final and painting their faces with “SERBIA.”

In celebrating the Croatian effort at the 2018 World Cup an old curse was reworded by a Serbian blogger. Instead of “may the neighbours cow croak” the blogger celebrated the Croatian achievement with “May the neighbours cow be alive and well.” Which was followed by “Let’s act as human beings for a change.” There is a spark of light that certainly makes me hope for a better future in the Balkans.

Remember, So We Do Not Repeat

Ok, that was a nice piece of history with a good message why did you begin with the anti-Catholic story? I thought that was rather obvious. My parents’ generation were used to the catcalling and the separation between Protestant and Catholic. Even the animosity between protestant groups was only bubbling below the surface. This was only a generation ago and we need to remember that the Church too has a history of inflicting violence and genocide. It is not just nationalism that leads to the unspeakable it can be something religiously fundamental too.

The swords need to be turned to ploughshares. The curses on our neighbour’s household and cattle need to change to blessings. For this reason, liturgy calls us to pray for our government and the leaders of our country. The Lord’s prayer advocates the blessing of forgiveness on those who do us evil. We do so in the hope that our own evil will be forgiven. These blessings point to deeper a wisdom. For us to act like human beings we must realise that our neighbour should be valued as a human being too.

Little changes are often brought through big events. Perhaps the Croatian achievement in the World Cup where a refugee wins best player and an ethnic Serb defends the Croatian goals is a blessing. Maybe one day it may lead to the curses being left behind. So that the past is remembered, but not repeated. May the neighbours cow be alive and well.

To read one of my sources for this article go to…

Phillip Hall is a post-graduate student at The University of Divinity. He is proof that too many cold late nights watching European sporting tournaments can lead to illness, like viral bronchitis. He is very thankful of legal streaming services, so he can watch matches the next day.