“Keep America Great #Kanye2024. I love Donald Trump – he is my brother. Black people don’t have to be Democrats. When you hear about slavery for 400 years… that sounds like a choice… it's like we're mentally imprisoned”

These are some of the interesting words that have been said in recent weeks by people who have been ‘red pilled’ and seen the apparent truth in our society. Whether it be Milo Yiannopolous, Chance the Rapper or Kanye West, it can be said that Kanye is drawing attention to the socio-cultural bondages that are arguably holding people back.

A different kind of slavery

It goes without saying that the modern-day slavery that Kanye speaks of isn’t the transatlantic shipment of Africans to the United States, as such practices along with the legal ownership of slaves were abolished many years ago.

Rather both Kanye and Chance the Rapper are advocating for free thought and expression of an ideal that is counter-cultural:  African-Americans are not always the continual victims today in a way that they once were during the legalised slavery era.

The implications of Kanye’s comments about the choice of being slaves, whether it be in person or mentally, raises an interesting thought for myself as a Christian. Can the choice of slavery be of benefit and ultimately a decision that we all must make?

The question of slavery in a Christian world-view is less that of a slave being free exploited labour but rather a whole-hearted commitment that is based on a personal dedication to the one true God.

The first of the Ten Commandments being “you shall have no other god before me” (Genesis chapter 20 verse 3) is significant in our discussion of slavery. Not only do the preceding verses mention Israel’s exodus from slavery in Egypt but they are also a call of complete submission to God.

Humanity often places many things ahead of God and many of these become idols or things that control us, often without us even realising it. In a sense, it could even be argued that our time is being exploited without our knowledge by things such as identity politics and social fads.

How often do we fall into the trap of political correctness or niceties to avoid telling people about Jesus? The pursuit of progressivism is increasingly something that people try to grasp onto by ‘virtue signalling’. Such is the extent of this new liberal culture that it is often difficult to realise that society has been enslaved.

Many people around the world including Christians feel trapped by the booming rise of people who would like to stamp out dissent with totalitarianism instead of reasoned debate. Those people who signal supposed virtue to others through the silencing of opponents such as Christians, are unfortunately stuck and caught up in a mindset that makes them feel the need do good works.

It may be that Kanye and Milo Yiannopolous have highlighted in their public speeches that people should not be playing what has been described as the ‘victimhood Olympics’ where certain groups try to make themselves out to be the most victimised – and in the case of African-Americans, being slaves. Such mentality often leaves people living as if they were subject to constraints when in fact they have been given the freedom to live as equals.

The followers of Jesus have also decided to live as slaves, so in fact Kanye is right when his poor choice of words gave rise to the implication that slavery was a choice. But not the transatlantic slavery that mainstream media is referring to but rather as slaves for God’s righteousness (Romans chapter 6 verses 15 to 23). Everyone in the world is given the freedom to choose who they want their master to be. For the followers of Jesus, we have made the decision to live for God instead of the world.

Through Jesus, He has set those who believe in Him free from God’s wrath. But by freeing Christians from eternal death, He does not leave us on our own two legs, rather God welcomes us into His new home where we humbly serve Him as His children. It is a great privilege that the followers of Jesus can be freed of the earthly masters such as the pursuit of money or status or virtue etc, and to be embraced by a new master that loves and genuinely cares for us.

This new master calls us to submit to Him in righteousness and that will lead to eternal life. The Bible tells us that being slaves to God isn’t the same as the slavery that the Israelites faced in Egypt (comparable to the African-American slavery), but instead being a slave to God results in holiness.

Holiness is something that the followers of Jesus should be gladly yearning for. Let the idols of this world, including false truths of the victimhood mentality that are unfortunately mainstream, not distract from the gift of eternal life that Jesus bought for us on the cross.

Just as African-Americans should be able to freely choose a political party of their genuine preference, even if it means rebelling against the socio-cultural norm of the times, Christians need not be intimidated by rising progressivism that seeks to bring the world into being mastered by identity politics.

The conquer and divide strategy of liberal activists is to play certain groups against each to keep them distracted from the bigger issues of our society.

But the Bible has already told us that any alliance other than that to God and God alone is a rejection of His righteousness.

So, let us not be swayed by virtue signallers who are just modern-day doers of good works without genuine belief in Jesus. Let us not be afraid to break free of earthy human mentalities of victimhood and identity politics that constrain us from experiencing a wholesome relationship with God.

As Colossians chapter 3 verse 2 reminds us, “set your minds on things above, not on earthly things”. We can have peace in knowing that Christ has already achieved victory over death, and He offers the world a choice to no longer be slaves to sin but to become willing slaves to God’s righteousness. 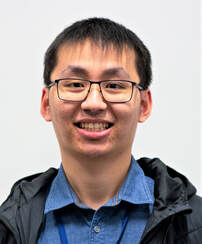