Not long ago I happened to stumble across a television series highlighting the greatest fights in UFC (Ultimate Fighting Competition). UFC, which combines wrestling, boxing and martial arts—and is most definitely not choreographed or staged—can at times seem less fighting and more cuddling.

However, the fight they were highlighting would have been brutal enough to satiate even Caligula’s bloodlust.

Decided on points, it was relentless from the word go, no cautious circling around each other or patient grappling, just two men exchanging blow after brutal  blow. It pushed both fighters to  the absolute limits of their endurance and by the end you could see the sheer effort it took to simply stay upright. If a viewer any doubt as to the veracity of these bouts one look at the once white canvas would have dispelled them, every inch seemingly splattered with blood.

The Price of Glory

Watching the two men, both during the fight and awaiting the verdict, the toll UFC takes on its fighters was clearly evident. Aside from the damage inflicted during this fight, spilt brows and swollen lips and the ever present blood, there were  more permanent injuries and scars. Both men had the heavily cauliflowered ears you see on old boxers, while  you could only hope that their slurred speech indicated exhaustion, not the warning signs of brain damage so common in retired pugilists.

Afterwards, the people I watched it with and I were discussing the brutality of the fight and what disciples of that sport put themselves through. There may be huge amounts of money up for grabs at the top, but imagining what someone must go through to get there, and seeing a fight like that, as far as I am concerned they earn every penny!

One viewpoint raised was even if the individuals chose to be there, is it right to permit two men (or women) to damage themselves and each other for the sake of a baying crowd’s entertainment? Is it wrong for people to create an audience for it, and for a society to condone it? Is it all that far from the Colosseum when you take a step back and think about it?

But, while it’s easy to single out the more violent sports like UFC or boxing, where exactly is the boundary located where you cross over from acceptable levels of violence or risk into post apocalyptic death matches? Is there a ratio we can measure?

A Better Class of Violence

What about a sport acceptable to the majority like NFL? Just because punching is frowned upon, do we ignore how many retired players can barely walk or bend their joints after so many injuries. We now know that many will also have to live permanent brain damage resulting from too many concussion inducing tackles. But, banning them wouldn’t leave us with much of a sport.

And, what about the really important sports? What about cricket? Australians know all too well that there are real risks involved. But to negate the most obvious of them and outlaw the bouncer, or use a softer ball, would rob the sport of one of its most compelling spectacles.

We may like to pretend otherwise, but there is no getting past the undeniable truth—in many of our most popular sports, risk and injury are not simply unfortunate byproducts that we can regulate out, they are a big part of we love those  games so much. I’m not saying that the vast majority of us actually want to see someone seriously hurt or killed, or aren’t genuinely sorry to see it happen to someone, but that ever present potential is definitely part of the attraction.

I don’t think that means we are necessarily bad people, I think it’s just human nature for things to mean more when there is something at stake. That is at the heart of a whole range of human behaviour, for better or worse. It’s why playing poker with monopoly money is not the same as with real money, or why people are more excited about swimming with sharks than goldfish. There may be another contributing factor at work, too.

In Western society we are becoming more and more insulted from danger and risk. For most people, unless something goes very wrong, they are unlikely to encounter situations where they are physically threatened or have to find the courage to put themselves in harm’s way. Sport is one of the few places left that everyday people are forced to call on a whole set of skills and qualities.

That’s not a bad thing, of course, but one of the reasons we watch sports is to see people doing things we aren’t capable of doing. Watching someone face a ball coming at 160kmh or have to play through an injury allows us to vicariously experience something outside of normal life. To me, that’s much different on a moral level than watching something to see people suffer, with danger and risk being the reason for the spectacle, rather than a byproduct.

Call me a cynic, but I don’t believe that the Romans flocked to see gladiators simply to admire the finer arts of swordplay or to see exquisitely balanced contests—not when mismatches like women and children against packs of wild animals unarmed slaves against fully equipped warriors—they were there for blood. Say what ever else you want about UFC, at least it values a fair contest.

Whether or not we are able to articulate it, we can instinctively grasp that there is a difference between even the most violent of modern sports and those Roman spectacles. We—rightly—condemn the morality that allowed them, and consider our standards superior. While we don’t allow the deliberate killing of opponents, people can die in legal sports, and there are plenty where you are allowed to do your best to hurt someone.

It’s not unreasonable to ask whether it’s morally acceptable to enjoy sports that involve risk or violence and, if so, what is that makes us so different from the Romans other than the degree we will accept.

Where societies most often go wrong is when they treat humans as commodities. To the Romans, a human life might be measured in the price paid they’d fetch on the slaver’s block. If their injury or death was in the service of creating profits that outweighed their monetary value then it was a bargain, not a tragedy. In the end, all that mattered was the approval of the crowd, and anything that might get in the way would be unacceptable.

We can have sports that are violent, or dangerous, and enjoy the spectacle that created, as long as that does not lead to human beings being treated as disposable. We should be constantly mindful that money matters more than safety and medical evidence covered up when it might impact the bottom lines. It means ensuring that athletes aren’t exploited while useful and discarded when no longer needed, or pressured into unsafe practices because they are worried they might lose their spot.

And, if they don’t then it is our responsibility to hold them accountable—or, like the ancient Romans, we will be more than just spectators to a spectacle built on injustice, but complicit participants in it.. 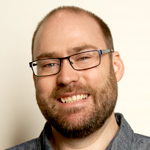