Have you ever thought – I just want to quit.

Let’s consider this - what if you just quit? I mean your job, just quit. What if you just went to work tomorrow, and quit your job. Be at a loose end. A new start. A fresh beginning. You might go bankrupt, become a manic depressant, or become homeless. On the other hand something wonderful might happen. It may well not tho, don't want you to get your hopes up.

The point is to reset and reexamine your hopes. Maybe you could change your name to Raj and pretend you are actually Indian. Then you could try it with people who already know you and they will think you have gone insane. They may be dead right. Perhaps you have gone insane, or are going insane, all because you want nothing more than to go to your job tomorrow and quit. What if you just quit?

It is quite likely that you will not quit. I doubt most of you who want to quit, will actually quit. I would put money (I wouldn't actually) on it being because you are either afraid, or bound by debt. Do not think that I am mocking you if you are bound by debt, I am certainly not mocking you,

I have a deep empathy for you and I desire you to be free more than you think. But fear of financial uncertainty and debt are two things that make people feel vulnerable and alone like not too many other things that I know of. That is why many of you will not quit tomorrow even though you are thinking to yourself "I should just quit tomorrow".

I quit about four months ago. I will not lie, it has been great and I have done many cool things in that time. I will also confess that there have been a couple of times that I have been scared. A couple of times humbled so all I can do is pray. I hear many people boast about never really being afraid, about never being scared. Perhaps it is because these people never do anything that scares them - it is a strange thing to boast about never being scared when you never do anything that could make you scared in the first place.

I had been planning to quit for some time however. It was not random. In reality I think it was well planned and not random - although it can seem the opposite, even to myself. Essentially what I am doing is trying to live out the vague and vulnerable dreams that are in my heart, this sentence sounds silly when I say it out loud, it may sound silly to you also... It is an attempt to "seek first" the things I feel God is stirring in me, and generate income second - so far this has worked well. What would it look like for you to "seek first" the vague and vulnerable in your heart? Would it mean that you would have to be scared?

You might believe that these vague dreams are far too vague, subjective, and unclear for them to be taken seriously and acted upon. To be honest, this is a perfect time for a story...

There once was a caterpillar, that dreamed of becoming a mousse (by the way you become crazy if you don't have a 9-5). I don't mean a moose that you find in Alaska, but the kind of mousse you find in you refrigerator. This caterpillars name was actually Mousse, which probably gave him the idea in the first place. All day long Mousse would stand there on a tee tree leaf, his favourite kind of leaf because it felt great on his feet, and would dream of turning into delicious mousse. He would even hold up a small picture of an actual real life mousse, with two of his 60 feet, and lick his lips thinking of such a exhilarating existence.

All of Mousse's friend laughed at him for his dreams. Some of them even called him names like Mousse, but the names didn't really work because his name was already Mousse (caterpillars are not that smart).

One day Mousse saw a way he could become an actual, real life mousse. He was standing on a tee tree leaf, his favourite kind of leaf, and from where he was standing he could just see into a window of a house. What Mousse saw next filled his small lungs with excitement and anticipation. Mousse saw a lady in a kitchen, making mouse. Mousse!

Mousse thought to himself, "if only I can get across this road, and hop into the mousse then maybe I would become, finally, a mousse!" So Mousse set off as fast as he could go, down his tee tree, and headed across the road. But Mousse was not at all street smart, literally. As he stepped out onto the road a tank grinned past, there was actually an army parade that day. Mousse saw the parade, and then looked up toward the mousse and a tiny tear appeared in his eye. Mousse shook himself with determination, "no! I will become a mousse!" And he set off across the road.

It turned out the only thing in the parade was that tank, so Mousse made it across the road just like that. As he climbed the tree, he said to himself "oooooh, I'm gunna be a mousse". Little did moose know a sparrow was watching him thinking "ooooh I'm gunna have a caterpillar!"

Mousse by now was so far up the tree that the lady making the mousse was below him. He could see her hands moving around and putting things into this funny tall bowl that was actually a blender. Now Mousse was on his tippie toes, all sixty tippie toes, about to make the jump from the branch to the open window sill, where below lay the real life mousse. When he heard a ruffle behind him which made his already cold blood turn more cold.

The sparrow was soaring toward him. Mousse, without a thought leapt for the window, everything now in slow motion. As he flew through the air he looked one way and saw the mousse. Then he looked the other way and saw the sparrow, screaming toward him. Just when he thought he would never make it, the sparrow caught its wing on a rusty nail sticking out of a branch. The sparrow tore to a halt. "What a dangerous place to leave a nail" grinned mousse as he felt gracefully into the real life mousse below. Just as the lady put the lid on and pushed the button.

At last! With a tiny green blip in the mousse. Mousse, became a mousse. That night the lady's children all grinned as they enjoyed the Mousse mousse. For some strange reason, and none of them could quite say why, they all dreamed that night becoming a caterpillar.

The moral of the story is that if Mousse can become a mousse. You too can become the crazy dreams God has placed in your heart. At least I hope so.

Just putting it out there - perhaps you need to quit. 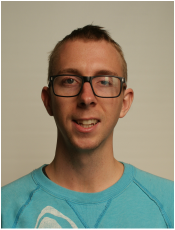 Jared Diprose is a graduate from Carey Baptist College in New Zealand. He has been a youth pastor, and currently is working as a freelance contractor. He and his wife Sierra live in Auckland.