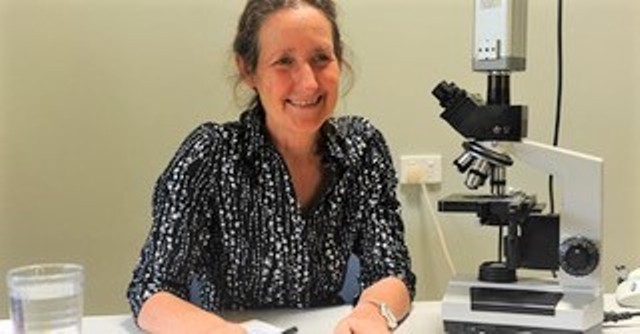 A New Zealander speaks  -Internationally recognised Naturopath and Nutritionist Barbara O’Neill believes our “God given” bodies can heal themselves given the right conditions. The Australian heads up the not-for-profit health retreat ‘Misty Mountain’ with her husband Michael in Nulla Creek, New South Wales.

And the many who annually visit Misty Mountain, arriving with aches and pains and they leave with glowing health, I attest the same.

Unlike other health retreats, Misty Mountain, has the x-factor. Aussie Barbara has been a Christian since she was 26-years-old and the retreat runs on biblical principles.

Barbara, whose lectures have circulated the globe for free on video, television, DVD and YouTube, include Bible verses.

“I quote the Bible because it is our creator’s statement on our bodies,” said Barbara.

For Barbara her faith in God underpins everything she does. “I believe God gave us a body with an inbuilt ability to heal itself when given the right conditions, and knowing that, he also provides tools for us to boost the body’s healing powers. This has everything to do with my work.”

Learning as a mother

From a hippie living in the rain forest with six children Barbara became known as ‘earth mother’. And it all began with her 16-month-old-daughter, who is now 42-years-old. She had an reoccurring ear ache despite four courses of antibiotics over 6 weeks. This led Barbara to start investigating natural remedies eventually curing the ear ache with an onion!

Church – for some it’s the first time

The Misty Mountain health program begins on Sunday, and on Friday night guests are invited to a half hour gathering in the on-site Chapel. Attendees have the opportunity to choose a hymn and Michael prays and reads from the Bible. “Nearly 99% of our guests attend, and they all love it,” said Barbara.

“We do this to give the guests an opportunity to see another part of us. Some tell us they have never been in church before.”

Knowledge is a wonderful thing!

For Barbara the biggest highlight over the years has been seeing peoples’ eyes opened about how their body works, how it heals, and how they can implement many of the principles themselves. The other encouragement is seeing people get healed and also wanting to know more about God.

As Retreat Director Barbara says it’s difficult to say how many people have been healed in total but it would be in the thousands especially with her lectures going global via the internet.

Healed from cancer and diabetes

Elizabeth Kot from Melbourne stands out as one of the turn-around guests. She rejected chemotherapy to come to Misty Mountain to treat her three abdominal tumours. That was five years ago, and she was in her mid 60’s. Her recovery over the next couple of years was impressive. She stuck rigidly to her individually tailored programme including food, lifestyle, herbs and poultices.

After six months the tumours had shrunk back to normal and after one year the first tumour disappeared with the second one also disappearing and third one now dormant. She lost weight, her fitness level increased and many other minor health problems cleared up . Her oncologist and doctor were amazed and could not understand the healing.

“Sometimes we have return guests and we don’t recognise them! The change is so great,” said Barbara.

Another turn-around health testimony is Bobby, who recovered from type one diabetes. “He was 62-years -old and on 90 units of short and long acting insulin daily. His doctors had basically said they could do no more for him. Three months after attending our program he was off all his medication. He lost 30kg as well. He told me his doctors were astonished,” said Barbara.

Barbara, who is 66-years-old, slim with clear skin, sparkly eyes and still has her natural hair colour, has two meals a day.

Her breakfast is a bowl of fresh fruit with chia, almonds and brazil nuts, a slice of sourdough spelt, wheat or rye bread. Toast toppings can include: avocado with either lentils or black eye beans or scrambled egg tofu.

Lunch is always a salad and cooked vegetables. The protein will be a legume dish with nuts to finish. If she does eat at night it is very light, such as soup or fruit.

For more details on Misty Mountain go to www.mmh.com.au