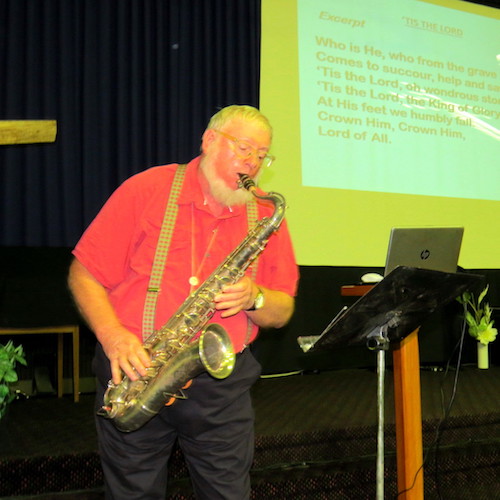 Music is important in worshipping God. There are many references in the Bible to singing, playing or dancing with joy. I, myself, play the saxophone, as described in my article in January. Music and the story of the Resurrection surely go together!

The research referenced below can be summarised by this quote: “… spoken language is introduced to the child as a vocal performance, and children attend to its musical features first. Without the ability to hear musically, it would be impossible to learn to speak.” This is the opposite to the traditional Western view, where we “teach” children music after they have learnt to speak. 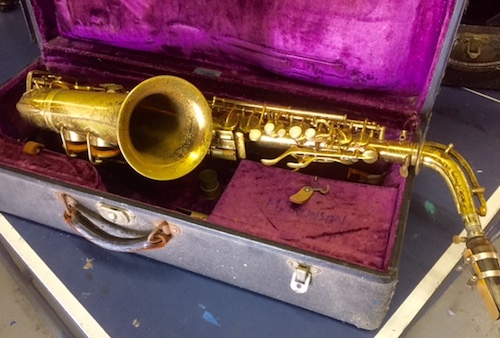 Most ancient societies had music as part of their ceremonies and cultures. This is seen in the ethnic traditions that have been passed down through many centuries, and often millennia. And it is seen too with the remnants of ancient musical instruments found in burial sites and archaeological digs.

An Irish researcher, Billy Ó Foghlú, at the Australian National University took the measurements of what was thought to be a spear-butt excavated from Navan, in Ireland, and he made a replica using a 3-D printer. He really thought this particular relic looked more like a horn mouthpiece than a spear-butt. He had long speculated that the many ancient horns found throughout Europe had been used for music as well as hunting – and to be versatile enough for this, they would have needed a mouthpiece. Just as my saxophone does.

“The addition of a mouthpiece would have given greater comfort and control to ancient horn players, and may have increased the range of their instruments.

However, few mouthpieces have been found. The dearth of them may be explained by evidence that the instruments were ritually dismantled and laid down as offerings when their owner died,” said Mr Ó Foghlú. After all, Tutankhamen also had trumpets buried with him in Egypt – it was not an uncommon practice to bury peoples’ prized possessions.

When Mr Ó Foghlú used his replica mouthpiece on an ancient Irish horn, he found the instrument had a much richer, more velvety tone and suddenly “came to life”. He speculates that the instruments had a major part to play in Ancient Irish (and other European) cultures of those times. 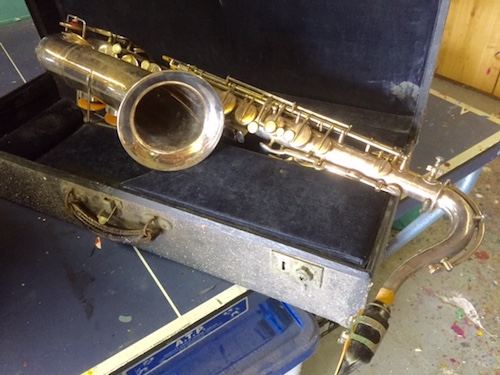 How did pianos sound 200 years ago? Ask a physicist. And a musicologist.

When she was a visiting student at Cornell University, USA., Norwegian pianist and musicologist, Christina Kobb, became interested in the differences between piano playing now and in the 19th century.   She studied over 20 instruction manuals for piano-playing from the time of Mozart and Beethoven, and for three years replaced her modern techniques with those that musicians from more than 200 years ago would have used.

She found she had to sit more upright, and this prevented her putting so much weight on her hands and forearms, resulting in more delicate finger movements. Her elbows were also braced against her body. She found that this facilitates smoother and faster playing of chords and scales, and she says “there’s a different physical feeling to playing, as well as a different outcome”.

To find out if this is a real physical effect, and if so if it influences the mood of the audience, physicist Dr Rolf Inge Godoy of the University of Oslo used techniques similar to those used by those producing animated movies or studying the performance of athletes.

He placed reflective markers on Ms Kobb’s hands, and then captured reflected light with infra-red cameras. This process can record a performer’s motion at up to 500 frames per second at an accuracy of one-third of a millimetre.

Dr Godoy is now statistically analysing the data he obtained, and comparing it with data from modern pianists. He describes his research question thus: “We are exploring those connections to get a better understanding of what music is. What is its power, and why do people respond so strongly to it?”

He thinks music has one foot in physics and one foot in aesthetics. Psalm chapter 49, verse 4 also comments on the value of more than one aspect of music:

“I will incline my ear to a proverb; I will solve my riddle to the music of the lyre.”

There you are – rejoice in the music and the resurrection! 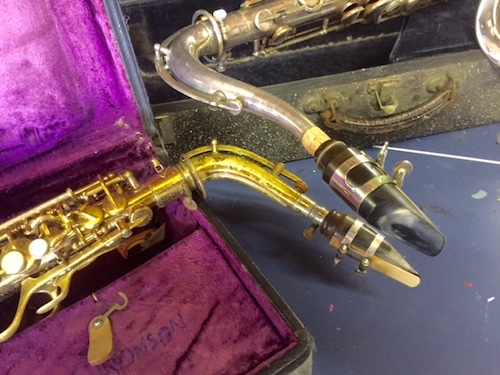