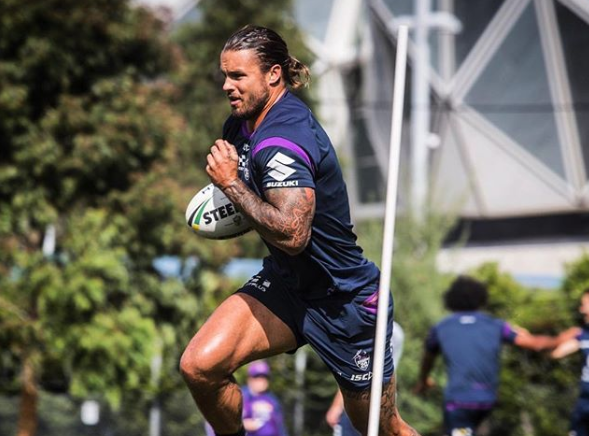 Melbourne, the unlikely city has become the latest ground for breeding future immortals.  The Melbourne storm led by their unrelenting super coach Craig Bellamy have formulated a successful era through hard work, desire,  and what can only be described as craftiness.

Their legacy will stand for generations, but what legacy will be discussed by fans remains a mystery.

On the positive side they unearthed four once in a generation players. Cameron Smith arguably the greatest player of all time. Billy Slater, the greatest fullback of all time who changed the way the position was played.  Greg Inglis, when he feels the need to get involved in a game he is unstoppable like no other. And finally Cooper Cronk, the finest precision based, Craig Bellamy designed robot to ever lace a boot.  This guy has more sinews in his body than the average man has teeth.

Five premierships combined with six minor premierships and a host of personal player achievements put Melbourne at the head of the class, since the inception of the new NRL competition.  In fact if you were to print all of the personal player accolades to paper you would need to make sure you had a second ink cartridge ready just to get the job done.

Now to the downside, the erosion of the Melbourne Storm dynasty,  and yes the negative accolades list reads as long as the positive stuff.

Craig Bellamy the crafty super coach, with lead playmaker Cameron Smith the” immortal in waiting” have over seen some of the greatest travesties in the games modern era.  On 22 April 2010 the Melbourne Storm finally admitted to the greatest salary cap rort of all time. This led the NRL stripping the Melbourne Storm of their 2007 and 2009 Premierships and their 2006, 2007 and 2008 minor Premierships.

Another shadow cast over the legacy is the long list of allegations thrown at the Melbourne Storm in regards to the “fine art of tackling”. The first allegation levelled against the Storm is that they started the trend of including a wrestling coach and teaching players to drastically slow down the play the ball.

The next is the slew of ugly tackling techniques, the “chicken wing” and the “cannonball” tackles are devastatingly dangerous and weather true or not are widely regarded by fans as Melbourne Storm inventions. The potential dangers of “third man in” tackles were highlighted when Jordan Maclean was left with a seven week suspension when a tackle went horribly wrong.

Another Legacy destroyer is the way in which Cameron Smith is perceived to be given special treatment by match referees. It’s commonly believed that Smith wields his influence as the national captain to manipulate referring decisions. Whilst this will never be totally settled either way, it still chips away at the legacy of the mighty Melbourne Storm.

In the 2018 preseason Cameron Smith who was unhappy with a tackle he just received is seen to cock his elbow and strike the head of an opposing player.  Whilst many fans waited with anticipation to see how many weeks the NRL judiciary would wipe Cameron out of the game for.  The NRL was busy typing a letter that was labelled a “warning notice”.

This stunning act of leniency allowed Cameron Smith to play in his very own testimonial match the following week.  Furious fans were left baffled and also wondering how George Burgess must have felt. In 2017 he was given a break from play for his elbow on Newcastle player Mitch Barnett.

Unfortunately this testimonial match also served as a legacy eater for fans around the country, with so many other great club players having previously been rejected when requesting a testimonial match.

In conclusion I have to say yes,  the Melbourne Storm have given us a great ride, they deserve a legacy left behind from great players, great leadership and great coaching.

But I also have to yes, they deserve to have their legacy severely downgraded, from poor play, poor leadership and poor coaching methods. There is a “deep purple” stain left on our game through the actions of this potentially mighty club. It’s such a stain that clubs have felt forced to follow their lead as they work to catch up to the “winning ways” of the Melbourne Storm.

In future years as their legacy is discussed I will acknowledge that their achievements have resembled greatness. But unfortunately like many other fans I will see a clear asterisk marked against their names for the mark they have left on the game.