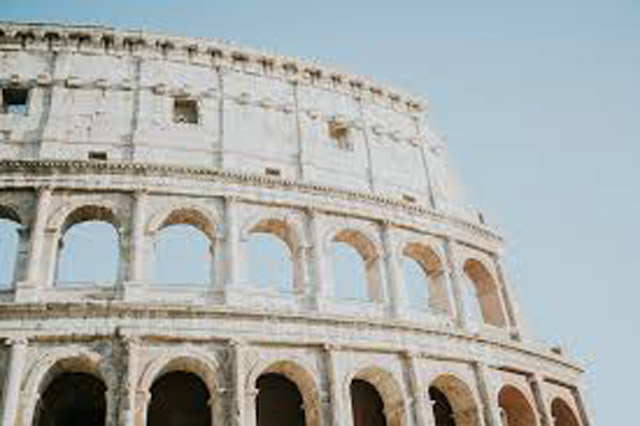 I think it is fair to say that there are not many things more remarkable than a parent’s love. I remember a time when my eldest daughter was a baby, and I went to put her to sleep. When I went to leave her room, I realised that something was wrong with the door, and it would not open. I called out to my wife to try opening it from her end, but it was no good.

Suddenly feeling like she was separated from her baby, unable to feed or care for her, something came over my wife. With an uncanny strength and resolve, she proceeded to kick her way through the door, splitting and splintering everything in the process. Her baby was safe, and she could care for her once more.

To take it further, I recently read a story about a woman named Ines Ramirez Perez who went into labour in a remote Mexican area, and had to perform a caesarean section on herself with a kitchen knife. Remarkably, both she and her son survived.

There is something truly powerful about parental love and relationships, which makes the following story from Church History even more remarkable.

In 203AD, a group of catechumens (Christians who were receiving instruction but yet to be baptised) were placed under house arrest in Carthage, Roman North Africa during the reign of Emperor Septimius Severus. Amongst them were a heavily pregnant slave named Felicity, as well as Vibia Perpetua. Perpetua was a 22-year-old of noble birth, with an infant son that she was still nursing.

One of the many interesting things about Perpetua’s story is that aside from the introduction and end of her story (for obvious reasons), she wrote most of her account herself. This makes it about the earliest document from Church History to have been written by a woman.

Anyway, after they were arrested, Perpetua writes that her father came to her and implored her to leave the faith because of his affection for her. She responded by explaining that just as the nearby water-jug cannot rightly be called anything else, so she cannot be called anything but a Christian.

Following this, the catechumens were baptised and moved into prison. Perpetua explains how horrible the conditions were, and how worried she was for her baby. Some local deacons however, paid for them to be moved to a better part of the prison, and Perpetua was able to have her baby with her and nurse him once more.

During her time in prison, Perpetua describes various visions or dreams that she had, which convinced her she was to die for her faith, but that in doing so she was receiving ultimate victory.

Perpetua’s father returned after hearing that they were to be tried, begging her:

“Have pity my daughter, on my grey hairs. Have pity on your father, if I am worthy to be called a father by you… have regard to your son, who will not be able to live after you. Lay aside your courage, and do not bring us all to destruction; for none of us will speak in freedom if you should suffer anything.”

As a father of daughters, I can feel his anguish, and can only imagine the anguish she must have felt as her son was used to draw her away from Christ. Yet she refused to recant her faith.

The prisoners were then dragged to the forum for trial. Again, Perpetua’s father came to her, holding her baby, and begged “have pity on your babe.” The procurator likewise beseeched her, “spare the grey hairs of your father, spare the infancy of your boy, offer sacrifice for the well-being of the emperors.” Yet she refused, and openly pronounced her Christianity. Her father continued to beg her, so was beaten with rods and the believers were sentenced to death by wild beasts.

From here, as if by a miracle, Perpetua’s son was immediately weaned and she received no pain or discomfort in her breasts. Furthermore, the pregnant Felicity gave birth to a little girl, who was raised by a church sister.

They were then led out to the amphitheatre to face the beasts. For the women, there was a ferocious cow prepared especially. Perpetua and Felicity were taken out, stripped and dressed only in nets.

The crowd, who usually watched these spectacles for entertainment, “shuddered as they saw one young woman of delicate frame, and another with breasts still dropping from her recent childbirth.” The sight was too much, even for them. So the women were recalled, dressed, and sent out again.

This time they were attacked by the cow, but not killed. After some of the others were executed, the survivors were taken forward to be finished by the sword.

However, the young executioner struggled to kill Perpetua, and so “she herself placed the wavering right hand of the youthful gladiator to her throat. Possibly such a woman could not have been slain unless she herself had willed it”.

And so Perpetua and Felicity, as well as the other North African believers, were martyred. They were faithful until death, and were therefore given the crown of life (Revelation chapter 2, verse 10).

The way that these believers, especially Perpetua, placed their faith in God above all else, even their own families, may seem shocking. It is heart-wrenching to read the accounts of them showing her infant son and imploring her to deny Christ for his sake. Yet Jesus Himself warns us that sometimes to follow Him means loving Him more than our families and our lives (Luke chapter 14, verses 26-27; Mark chapter 10, verses 28-30).

Their willingness to remain faithful to Christ above all else makes them true heroes of the faith, worthy of remembrance nearly 2,000 years later. 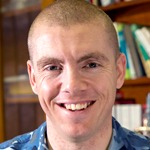 Haydn Lea is an Ordained Minister, and is currently serving as an Air Force Chaplain in Adelaide. He is married to Shamsa Lea, and is the father of Amira and Ayla. He loves running, boxing and studying history and theology. He wanted to call his second daughter Perpetua, but his door-kicking wife understandably vetoed that decision. You can find more of Haydn’s articles at: https://www.pressserviceinternational.org/haydn-lea.html