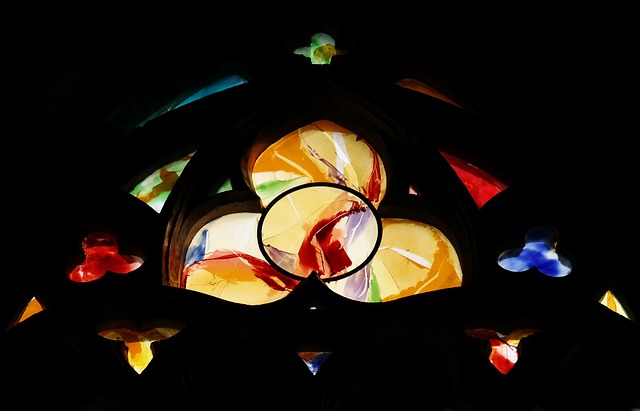 For those, like myself, who are not from a highly-liturgical denomination, it may come as a surprise that June 11 was ‘Trinity Sunday’. Despite its potential obscurity, Trinity Sunday is a great occasion for me to revisit an old article on the Trinity.

The Trinity is one of the most foundational doctrines of Christianity. It’s impossible to be an Orthodox Christian without professing belief in the Triune nature of God. To the other major monotheistic faiths (Islam and Judaism), it is rank heresy—Trinitarianism is therefore definitional to Christianity.

Yet it appears to be almost entirely misunderstood within contemporary evangelical circles.

I remember asking my Life Group last year, “How have you heard the Trinity explained?” I braced myself for the inevitable reply. Sure enough, one member answered “Well I’ve heard that the Trinity is like water: water can be liquid, gas (steam), or solid (ice), but it’s still the same water”.

It’s a very common explanation within the church to try to explain how God, who clearly exhorts His followers to preserve His supreme oneness (Deuteronomy chapter 6 verse 4), could also be identified with Jesus (Titus chapter 2 verse 13), and the Holy Spirit (Acts chapter 5 verses 3-4).

Common, yes. But there’s one problem: the water analogy is not the biblical picture of God. Before moving on I should note that providing a full theological explanation of Trinitarian doctrine is well beyond the scope of what I can do here. My intention is merely to address some common erroneous analogies, including water.

Why is it wrong? An explanation that is so common, and seemingly does elucidate how something can simultaneously be three and one—can it really be that bad?

Well the issue is, the water analogy is akin to the heresy of Modalism. Modalism, or Sabellianism, denies the three distinct Persons of the Trinity and claims that God is one Person who appears in different ‘modes’ at different times—in the Old Testament He appeared as the Father, in the Gospels He appeared as the Son, and from Pentecost onwards He appears as the Holy Spirit.

Similarly, in our aquatic analogy, water can appear in three different modes, depending on the environment, but the three are not co-existing. H2O can only ever be one form at a time. Scripture however, doesn’t depict God this way. For instance at the baptism of Christ, the Father, Son and Spirit are all distinctly present and interacting (Matthew chapter 3 verses 16-17).

If water is inadequate, there are a wide array of alternative analogies we can turn to in modern theological parlance. Eggs are one, yet comprise yolk, shell and albumen. The sun comprises the sun itself, its light and its heat.

These are likewise erroneous or even heretical. Each part of the egg make up only one portion of the whole—the yolk is not the fullness of the egg. Yet the orthodox view is that each person of the Trinity is fully divine. Similarly, light and heat are simply creations of the sun, yet it is the heresy of Arianism to claim that the Son or Spirit are mere creations of the Father.

So if all of these explanations are heretical, what is a good analogy? Unfortunately, an analogy from the limited realm of creation may not be sufficient in explaining God’s nature.

Perhaps we must be content to admit that we cannot fully understand God’s nature in our finitude. What we can understand and accept is that God exists eternally as one divine nature, substance, or essence, comprising three co-equal, co-eternal and consubstantial persons—the Father, the Son and the Holy Spirit. Each person is fully the one God, but is also distinct.

Why does it matter?

To return to my Life Group anecdote, after our discussion I asked “why does it even matter?”

We came up with several practical implications of this doctrine. In the first place, if we truly claim to love God, then surely we should endeavour to know Him. Although God is transcendent, sovereign, unapproachable light, He has condescended to reveal something of Himself to His creation. Therefore it behoves us to know what He has revealed (including the Trinity), and to lovingly worship Him accordingly.

In the second instance, the truth of God’s Trinity reveals a further aspect of God’s love for His people. If God has existed for all eternity in a perfectly loving Triune relationship, then it shows He is completely self-sufficient and requires no further relationship in order to ‘complete’ or ‘satisfy’ Himself. There was no relational deficiency that prompted God to create us. Yet God lovingly chose to create and eventually redeem us anyway (both thoroughly Trinitarian acts), at great cost to Himself.

Finally, I would suggest that the mere fact that we cannot understand the full depth of the Trinity (even with our myriad of analogies) has implications. It should bring us to realise that we truly are finite creatures standing before a sovereign, transcendent, divine mystery. The beautiful depth of God’s eternal Triune nature is a sublime reality which should bring an end to our attempts to cognitively master Him.

Our words should dissipate and be replaced instead with an awestruck adoration and wonder, as we realise the only appropriate response is to fall to our knees and humbly worship the one truly perfect, unified divine essence, comprising three diverse, co-equal and co-eternal divine persons.

Haydn Lea is an Associate Pastor in Queensland, and is currently studying his Master of Arts (Theology). He has been a member of the Royal Australian Air Force since 2007, and is now training to be an Air Force Chaplain. He is married to Shamsa Lea, is the father of Amira, and loves boxing and studying Theology. Although he is one man who is simultaneously a husband, a father, and a student, he would consider it Modalism to suggest that this is a good Trinitarian analogy.