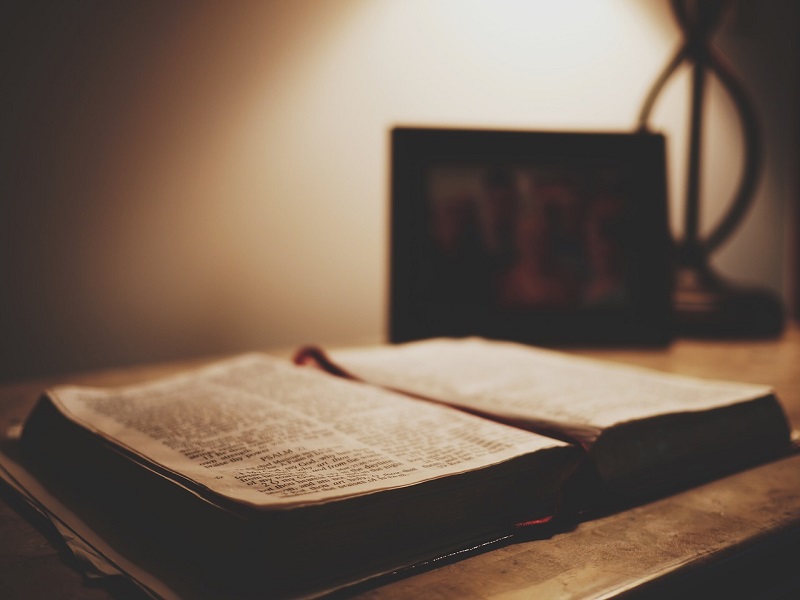 Have you ever been to a hospital emergency room? It’s not the most fun place to spend your time, granted, but it’s always interesting.

I remember a few years ago I had to rush a friend there in the middle of the night. Upon arrival, I noticed all manner of people, with all manner of injuries, awaiting their treatment. I took my friend to the counter to give the initial information and fill out some paperwork. They clearly thought his condition was serious, as they took him in for treatment almost immediately.

There were plenty of other people that got there before us, had presumably been waiting for some time, and seemed to have pretty serious conditions. Yet the nurses decided to prioritise him.

This concept is known as triage—the process by which medical professionals decide the order in which to treat casualties. It’s not that some people are unimportant, but they have to determine who the highest priority is, and focus on them first.

I think that this is analogous to part of Christian life. As Christians, we are presented with a vast array of different topics, doctrines, beliefs and ideas, and we need to decide what to prioritise. What is truly important for Christian belief, and what can wait?

I’m currently writing my thesis, which focuses on early church history. A few weeks ago I read an account of an unbelievably destructive controversy in the second century, known as the quartodeciman controversy. Without using hyperbole, this was the biggest controversy to date, and was poised to tear the church asunder—in fact the Roman bishop (the position which would eventually become the Pope) seriously threatened to excommunicate the churches who disagreed with his side.

So what was this destructive heresy? What was so vile, and so insidious, that the bishop would feel it necessary to excommunicate a large number of churches? Surely it was something foundational—like the divinity of Christ, the resurrection, or the Trinity. Well, no. The quartodeciman controversy related to what day the church should celebrate Easter (well the resurrection of Jesus, the term Easter didn’t exist yet). Seriously, that was it. Eventually it blew over, when a prominent church father named Irenaeus essentially told the Roman bishop: ‘settle down mate. She’ll be right.’

Now this seems so anti-climactic. Why on earth would God’s people get so up-in-arms about something as inconsequential and immaterial as what day to celebrate Easter? They both agreed that Jesus died and rose again, and agreed that it was important to commemorate that. Is it really worth threatening a church split over something this silly?

Probably not, and if we were to triage Easter’s date, it might get pushed down the list of important theological truths. But then I wonder if our forebears would look at the things over which we argue today (such as what coloured curtains to buy), and ask the same thing.

Eventually the early church agreed that there are some things, called dogma, upon which Christians must agree. The divinity of Christ, and Trinitarian monotheism, for example, are foundational—you must agree with these points to properly be called a Christian. These would be let straight into the emergency room.

But there are other areas of Christian thought, areas which are good to read about and form your own opinion, but are not definitional—you can disagree on these things and still have fellowship. We call these things adiaphora (bust that word out at your next dinner party, and you’ll be the coolest person there. I promise). For most of us, the date of Easter would probably be adiaphora.

Of course an issue that arises here is knowing what beliefs are dogma and what constitutes the adiaphora. For some people, an issue such as the age of the earth is absolutely essential to the Gospel. I have a friend who is told incessantly that he isn’t a Christian because he believes strongly in Old Earth Creationism. There are some churches that will not let you be a member, speak from the front, or share communion if you do not hold their end-times view. For others, support of Israel is a non-negotiable aspect of the Christian faith (I’ve even been told that I don’t really believe the Bible because of this point). Yet there are many other people (myself included) who view these as secondary issues.

Creeds and statements of faith

The way that the early church dealt with this was by issuing creeds to ratify what was absolutely dogmatic—what people needed to believe in order to be part of the Christian community. The Nicene Creed of 325 is an early example of this. Likewise, most churches today will have a statement of faith to outline what that church believes are the necessary components of Christianity.

If you’re part of a church, I encourage you to read your own statement of faith. As you do so, you will probably notice that there is a lot that they don’t say. My church’s statement, for example, does not outline a particular belief on creation, the end times, what version of the Bible is inspired, the extent of the atonement, or the relationship between God’s sovereignty and human free will. These are great topics to chew through and discuss, but we don’t believe they are foundational. We are willing to disagree over these things, and still share fellowship with Gospel-centred, Jesus-following, Scripture-loving believers from across the spectrum on such issues.

As you personally contemplate what beliefs are Christian dogma, and what constitutes adiaphora—as you conduct a theological triage for yourself—I invite you to live by the following axiom (often misattributed to Augustine): “in essentials unity, in non-essentials liberty, in all things charity”.

Haydn Lea is an Associate Pastor in Queensland, and is currently studying his Master of Arts (Theology). He has been a member of the Royal Australian Air Force since 2007, and is now training to be an Air Force Chaplain. He is married to Shamsa Lea, is the father of Amira, and loves boxing and studying Theology. If using the word adiaphora at a dinner party does not make you the coolest person there, he asks that you please don’t break fellowship with him.

Haydn Lea’s previous articles may be viewed at: http://www.pressserviceinternational.org/haydn-lea.html