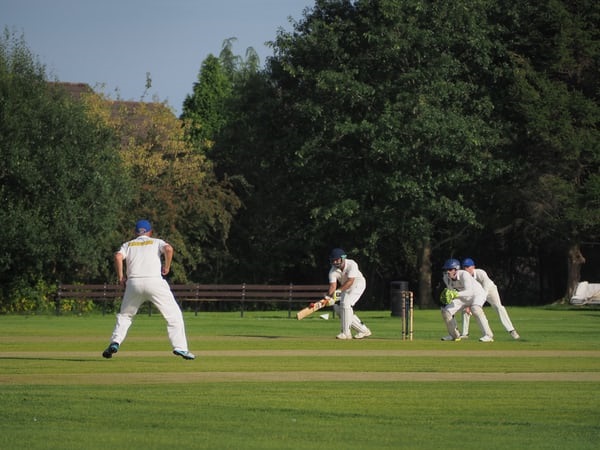 We may not have many White Christmases or winter wonderlands down here in Oz, but we’ve got plenty of traditions of our own that more than make up for it. Whether it is cricket on the beach, a BBQ feast, the Queen’s Speech, Carols by Candlelight, or a cold meat platter because sometimes it’s just to hot for a roast, there’s some things that set the set the holidays in Australia apart.

T'was the night before Cricket

Of all these signs of the season, there is one in particular that is inextricably associated in my mind with Christmas and has always been part of the holiday tradition, as is the case for millions of other Aussies. I’ve never know a Boxing Day without a Test at the MCG, and Christmas isn’t really complete until you’ve spent the day after eating leftovers until you can’t move while you watch the cricket.

There’s probably not another five minutes of sport that is watched by as many Aussies, not even the Melbourne Cup. Even if that’s all you get to see, the first ball of the Boxing Day Test is preceded by an almost tangible weight of anticipation, and you can almost feel the crowd holding its breath as the bowler runs in and the collective exhalation that come after even the most uneventful delivery.

The ball that stops the nation

Even amongst the sport agnostic, most living rooms will go quiet for that brief moment as everyone turns to the TV, putting a hold on conversations and interupting other programming, but the sense of occasion is mere shadow of what it is like to be there in the stands.

No matter how disappointing the series has been, or the quality of the competition, the present moment is subsumed by history and the presence of what has gone before weighs heavy on every mind—on the field or off.

Just like a century at Lords means more than dozen humdreds elsewhere, what a player does in a Boxing Day Test will be part of what defines their legacy. The stadium has seen some of cricket’s greatest moments, and it is these that burn brightly in the memory, while mediocre Tests soon fade away.

Moments like Warne’s hat trick, or Hughes versus Caribbean lighting, or Border and Thommo refusing to go gently into that good night, they are what people remember. In the end people remember the passages of play where we witness greatness, long after who won or lost ceases to matter.

Some hills are worth dying on

Other nations have tried to break Australia’s stranglehold on the date, but the ICC may have realised that trying to enforce a schedule that broke with that tradition would mean a fight as bitter as World Series or Bodyline. If anything would make every Australian cricketer from club level to superstar go on strike it would be that. There might have been those willing to play during other upheavals, but no one would cross that picket line.

Current mutters from the West non-withstanding, nothing short of a nuclear bomb detonated on a good length could see the Boxing Day Test played anywhere other than the MCG. Even in this day and age, where naming rights go to the highest bidder and you can get your logo on anything you want if you are willing to pay, no amount of money could compensate for the damage to the sport’s place in Australian society that kind of criminally tone deaf call would cause.

Surrounded by all those who have gone before,

As long as millions of Aussies can’t imagine Christmas without the Boxing Day Test, cricket will remain more than a sport, but a part of our culture. While cricket’s ability to keep changing to suit the world around it is one of cricket’s greatest strengths, it is the way it can still hold on to its heritage while doing so that sets it apart from other sports that share nothing but a name with their progenitors.

While cricket can stay rooted in its history as it grows towards its future, it will withstand the match of time. But, if it casts aside traditions like the Boxing Day Test, it will lose its unique place in this country’s heart—and then no matter what it is called it’s just not cricket.