The truth is a timeless topic of interest, not just for me but for many others throughout human history. This is a common pursuit—as soon as we are aware of our surroundings we begin to question how, why, and what we know.

In other words: is what we believe an accurate reflection of reality?

A friend recently quoted a popular illustration about blind men feeling an elephant to describe its essence, each grasping a part and presenting it as the whole. This poem is used to describe the pursuit of truth, with each blind man being partly right and each being partly wrong. According to this friend, we each have a part of the truth and nobody has a whole handle.

While this idea sounds nice—promoting the ‘can’t we all just get along’ mantra—there is a key problem. In his book, Mere Apologetics, Alister McGrath quotes a popular thought the theologian Francis Schaeffer held on worldviews and—by extension—truth. Schaeffer stated that each person has an internal world engaging with the external, he says:

Every person lives with a foot in each of two worlds—the real, external world, characterised by its depth and complexity; and an internal world of thought, shaped by a longing for understanding, love and significance. If these two worlds stand in tension with each other, an individual cannot live meaningfully. There must be a correspondence between our experience of the external world and our internal world.

It’s nice to speak about all being right; but is that view both logical and consistent? According to Schaeffer, when we hold a view that is not an accurate reflection of reality, this is not without consequence.

An example comes to mind to illustrate this point. In Shakespeare’s play the Scottish general, Macbeth, receives a prophecy from three witches detailing his rise to prominence as king. The witches also foretell that Macbeth’s companion, Banquo, will beget a line of kings.

Banquo’s scepticism of the prophecy reveals wisdom: ‘But oftentimes these ministers of darkness tell us truths in little things, to betray us into deeds of greatest consequences.’

In this play the witches’ prophecies serve to be half-truths and the consequences are costly as Macbeth allows them to guide him. Ultimately he stands on the belief that he is invincible, based on the prophetic word: ‘no man born of natural birth can kill you’.

Sadly, with an avenging irony, Macbeth’s confidence is misplaced. This half-truth proves costly: a man who was born unnaturally drives his sword to both the heart of Macbeth and the heart of the matter. Ideas have consequences—half-truths are shaky and can be deceptive. A bit of what-is and a bit of what-is-not should not form the basis of building ones views and beliefs.

What should form our beliefs?

Firstly, we don’t necessarily aim at unanimous consent in establishing truth; we look at whether or not this view is consistent with what is.

It is in the face of competing views that the idea arises that we are all blind men looking on parts of an elephant but not grasping the whole; however, there must be a reference point providing a basis for the blind men’s error. There must be an understanding of what the whole looks like in order to judge that the blind men have presented parts.

Why does the poet assume that we are all blind and he is insightful enough to know that? What reference point is he using to establish this? Even in the very example lies the hint at the obvious: there is and has always been an absolute reference point. We are not dealing with—or can be satisfied by—a half-truth, only THE truth will satisfy. As such we pursue with all fervency to find out what THE truth is.

If truth is based on an individual’s understanding, and one man’s view is as good as another, how can one establish a universally abiding principle? If the government in a state, for example, forms the basis of establishing truth, how do we explain other nations making value judgements against nations that we believed to be wrong (consider Nazi Germany at Nuremberg, Apartheid in South Africa, or even Stalinist Russia and the Gulag)?

In order to establish value judgements, there must be some law higher than our law. As Austrian Philosopher Wittgenstein mentions in his Tractatus Logico-Philosophicus:

If there is a value which is of value, it must lie outside all happening and being-so. For all happening and being-so is accidental. What makes it non-accidental cannot lie in the world, for otherwise this would again be accidental. It must lie outside the world. Hence also there can be no ethical propositions. Propositions cannot express anything higher. It is clear that ethics cannot be expressed—ethics is transcendental.

Wittgenstein was not a believer in Christ, but ultimately believed that if any ethics should exist, it would have to be higher than us, since no solution could be found in the problem, or it would be, in itself, the problem.

I would argue that this transcendental is God as revealed in the Judeo-Christian worldview, as such his view is an accurate depiction of reality exclusively. It is, however, not enough to hear the word and affirm it intellectually—it should lead us to offer up ourselves in service to this God as a reasonable act of worship: ‘I beseech you therefore, brethren, by the mercies of God, that you present your bodies a living sacrifice, holy, acceptable to God, which is your reasonable service’ (Romans chapter 12, verse 1).

May the First Principle of things grant me to believe, to understand, and to reveal what may please his majesty and may raise our minds to contemplate him.

May this be our prayer as we seek to be enlightened and enamoured by what God has to say to us. 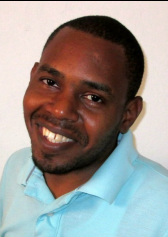