Significance is often a hard-fought battle between voicing your opinion and making your voice heard. While both may not strike the reader as being quite different from each other, there is a vast difference between both.

For some, voicing their opinion becomes a battle to be heard, and oftentimes, other people are sidelined in the process, especially if someone else’s opinion is other than your own. Other times, however, prove to be an uphill battle that comes with many scars.

Fr. Michael Lapsley is one such man who knows the meaning of this hard-fought battle. When I was conversing with Fr. Lapsley a few months ago, his story struck me as one that cost him dearly.

You see, Fr. Lapsley was a priest born in New Zealand, who, after relocating to South Africa at the age of 24, discovered the atrocities of the proponents of apartheid. Yet instead of going along with what was commonly accepted, he joined the freedom fighter movement and actively became a ‘voice for the voiceless’. However, unbeknownst to Fr. Lapsley, it would have dire repercussions.

He soon became a target of the South African government, who eventually exiled him to Lesotho. But his exile did not stop him in his fight for freedom. After eventually becoming the chaplain for the African National Congress (ANC), the organisation led by Nelson Mandela, he moved to Zimbabwe.

Then came the fateful day of April 28th, 1990. In Fr. Lapsely’s words, “it was no accident, but an assassination attempt...on the eve of the first negotiations between the apartheid regime and the ANC...a letter bomb was placed between the pages of religious magazines”. Fr. Lapsley lost both his hands, his eardrums, and his eye.

Pains of the past

Although I have never experienced something as near as traumatic as Fr. Lapsley, I can attest to the fact that we all bear scars from our past, myself included. Perhaps they may not bear the physical marks of trauma or of tragedy, but the pain cuts deep.

Yet we all have the ability to forgive our perpetrators, even if that means forgiving those we may never meet. In Fr. Lapsley’s words, “I am not filled with hatred, bitterness, or the desire for revenge...if those who did it are still prisoners in their hearts of what they did, I have a key, and I’m willing to turn it”.

Because of Fr. Lapsley’s actions, he was no longer a victim, but rather, became a victor, in spite of his circumstances. After the fall of the apartheid regime, Fr. Lapsley returned to South Africa in 1992. He found a nation still reeling from the aftermath of unspeakable turmoil and distrust, and knew his fight was far from over. Fr. Lapsley began the development of what is now known as the Institute for Healing of Memories, and alongside his friend, the Archbishop Desmond Tutu, who became one of the Institute’s patrons, continues the fight against violence. By enabling others to have a voice, he has become a victor, and has proven that reconciliation is more powerful than regret. In 2016, he was nominated as a laureate for the Public Peace Prize as a Global Peace and Reconciliation Internationally Reputed Peacemaker.

We may not be recognised for our fight in this life, but, just like Fr. Lapsley, we all have a voice that we have the right to use for reconciliation, rather than revenge against our perpetrators. Though we may lose an arm or a leg, those who serve as a great injustice cannot take away our power to become a victor over the tragedies of this life, and in so doing, teach others that there is a better way to live.

Surely significance is still a hard-fought battle, but it’s a fight worth fighting for. 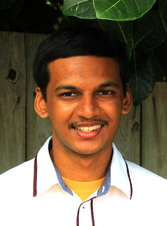