The differences between vulnerability and weakness

2 Corinthians 11 30  If I must boast, I will boast of the things that show my weakness.

Many times, we think that vulnerability is a weakness. So, it is necessary for us to admit our weakness in any vulnerable situation to move forward, the truth is that take courage to be and demonstrate the vulnerability.

When I started the master’s degree course at an Australian university, I found myself in a vulnerable situation. Begin study in English language for me represented a huge challenge. For instance, attending lectures with native english speakers, make presentations and be assessed in English, those kinds of situations made me felt that anyone could access easy my weakness.

However, this fear did not make me realise, the courage that I had to move forward, the capacity to be able to study in a second language. So, if we choose to not be afraid and show up ourselves in a vulnerable situation, it makes us strong.

Put up yourself in the game

I think that the weakness people, are those who never put themselves in pain, never put up themselves in hurt. In the Bible, Saul pursued the followers of Christ, however after his conversion, he knows that he will pass through hard moments. It would not be easy to preach about Jesus at a place that people knew that he oppressed Jesus followers (Acts 9:21- All those who heard him were astonished and asked, "Isn't he the man who raised havoc in Jerusalem among those who call on this name? And hasn't he come here to take them as prisoners to the chief priests?).

Moreover, be accepted among the disciples, it would not be as simple as that, so, he should have to put himself on the game (Acts 9:26 -When he came to Jerusalem, he tried to join the disciples, but they were all afraid of him, not believing that he really was a disciple).

So, be a strong person is not mean to stay in the corner and avoid uncomfortable circumstances, we should stop putting up those walls around us to avoid pain or get hurt, that is not strength. We should put ourselves in the game; otherwise we will be dead inside and never end up living, just because you exist, it does not mean you are living. Paul put herself in the game and become one of the great disciples of Jesus in the human history.

Many times, we are trying to manage by ourselves some unusual or vulnerable situations, then when we think that we are good, we come before God to present to Him our best version.  Luke 10:38-40 As Jesus and his disciples were on their way, he came to a village where a woman named Martha opened her home to him. [39] She had a sister called Mary, who sat at the Lord's feet listening to what he said. [40] But Martha was distracted by all the preparations that had to be made.

Martha made the same mistake, it is certain that by the human eye, the first thing she had to do would be to sort things out for the incoming guests, after she had finished, going to them. However, Mary preferred to do the opposite, after all, who was there was Jesus, who is the source of life and don’t mind in which conditions we come to Him. 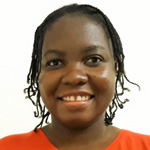