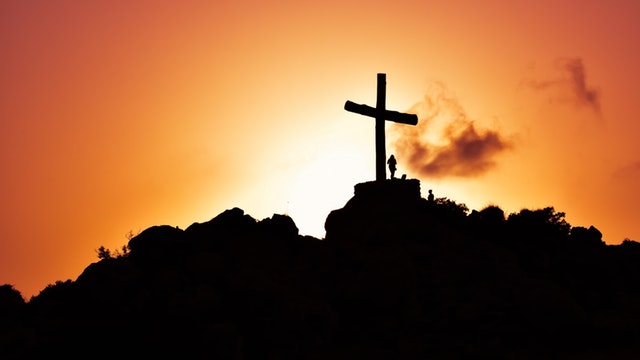 Last weekend our church had a Q and A for our evening service. I was one of the members of the panel, and we received many of the questions one might expect—questions pertaining to God, sin, sex, aliens and everything in between.

Yet at the end, we were all asked to answer a simple, yet profound question: what is the message of the Gospel?

What I explained that night was a (hopefully) shorter version of what I have typed out below. Overall though, I have found that an effective way to communicate the broad contours of the Gospel is to tell the story of God’s work in the world under the headings of Creation, Fall, and Restoration.

I am aware that this does not communicate the full intricacies of things including the role of the Trinity, the ordo salutis, or anything like that. Again, this is simply an attempt to faithfully trace the broad contours of God’s message to His people

Now immediately some people might balk when it comes to speaking about creation. Let me clarify that I am not talking necessarily about a literal six day creation, 6,000 years ago. Many Christians believe that, but there are also large amounts of God-loving, Bible-believing, Gospel-centred Christians who hold to things like Old Earth Creationism or Theistic Evolution.

Those details are not the all-important starting point of this story. Instead, the story begins with the fact that God created everything, including humanity, and that He created us to be in perfect, eternal relationship with Him, with others, with creation, and with ourselves (Genesis chapter 1). Yet this was a covenantal relationship, meaning humanity was given a choice of obedience or disobedience towards God.

As our story continues, it is not difficult to figure out what happens next. A glance at your own life will show you what route humanity took. People disobeyed God, disqualifying them from the promised rewards for faithfulness, and making themselves culpable of death and punishment (chapter 3).

Beyond this, sin is systemic and has spread to all humanity, which is why Scripture can speak of all people being fatally impacted by sin (Romans chapter 5 verse 12-13). All of creation has been marred.

Realistically, the story could end there. Humanity were given the opportunity to have eternal, perfect relationships, they blew it, and God gave them over to their just punishments, the end.

Yet as we continue the narrative, we see that this is not the case. Immediately after the fall, God Himself pursues His people, and while announcing judgement, also declares that He Himself would one day redeem them (Genesis chapter 3 verse 15).

At its core, the entirety of Scripture is then this promise playing out, as God unfolds His plan of redemption, and begins to restore all things to Himself.

Along the way God interacts with specific people that you may be familiar with: Noah, Abraham, Moses, and David etc.

In these interactions, God refines His promise: we see He constitutes the ancient nation of Israel, gives them His commandments, and tells them to spread His message of a coming restoration to the world. Again, there are blessings promised for obedience, and curses for disobedience. Yet, like all humanity, they fail to follow God and receive the same punishment as all humanity. The promise God made to restore people to Himself remains unfulfilled.

Yet through this, God continues to make this same promise. He tells His people that He will send a redeemer, and that through Him all kinds of people will be saved. Anticipation builds as people await the coming of humanity’s saviour.

As most of you are probably aware, all of these promises and expectations and hopes are found in Jesus. Jesus, fully divine and fully human, comes to earth (as we celebrate at Christmas, and as we’ll see in shopping centres soon). He then lives a life in full thankful obedience to God, the life that humans were meant to live, thus earning for Himself perfect eternal life.

Yet because of His love for us, Jesus, the perfect God-man, died anyway. Jesus bore the penalty of sin for us, taking on our punishment in our place. He died the death that we deserved.

Three days later, Jesus rose from the grave, defeating death, and later ascended to the Father in heaven, promising one day to return for His people.

What this means for us is that Jesus is the one God promised to send in order to restore His creation to Himself. So when we repent of our sins and place our faith in Christ, God forgives us, His Spirit indwells us, and we receive the gift of eternal life, and restored relationship with God. He takes our punishment, and He also gives us the righteousness and eternal life that He deserved.

We are not saved by perfect obedience, or by being a ‘good person’. Nor are we disqualified by being sinful, or ‘bad people’. We are simply saved by God’s grace when we repent and place our faith in Him.

Yet Jesus has not returned yet, and so the restoration of all things has not been completed. There is still sin and suffering in the world. Because of this God gives Christians a role to play. We are commanded, as redeemed people, to be part of the restoration of creation. We are to share the message of the Gospel, and also to live it out.

Empowered by His Spirit we are to love people, welcome the outcast, feed the hungry, protect the vulnerable, and conform to Christ’s likeness until He returns and makes all things eternally perfect.

Haydn Lea is an Associate Pastor in Queensland, and is currently studying his Master of Arts (Theology). He has been a member of the Royal Australian Air Force since 2007, and is now training to be an Air Force Chaplain. He is married to Shamsa Lea, is the father of Amira, and loves boxing and studying Theology. Although he loves delving into the theological depths of the Gospel, and using words like perichoresis and hypostases, he recognises that some of those things are unhelpful during an initial Gospel presentation.

Haydn Lea’s previous articles can be viewed at http://www.pressserviceinternational.org/haydn-lea.html