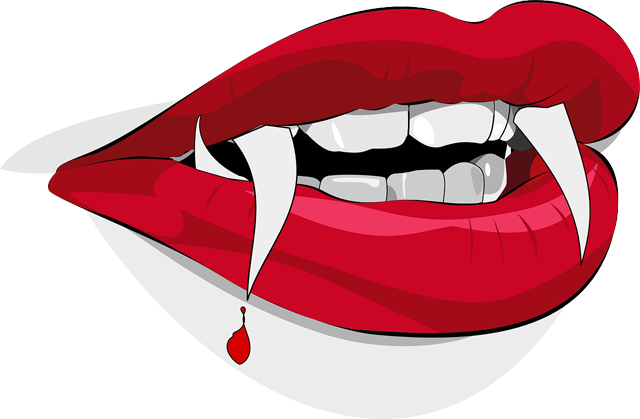 In 2014 the team behind Flight of the Conchords quietly released themockumentary‘What we do in the Shadows'. An inside look at the life of four vampires who live together in a flat in Wellington, New Zealand, the movie found much of its humour in contrasting cultural vampire tropes with the mundanities and failures of these particular creatures of the night.

Despite a tiny budget, the movie was embraced by movie-goers and critics alike and has something of a cult following worldwide.

I think that much of the movie’s success lay in its subversion of the expected. We hear ‘vampire’ and think of darkness and death, and cultural icons like Dracula and Vlad the Impaler. Don’t get me wrong, the movie doesn’t shy away from the fact that these vampires well, kill people. But they aren’t portrayed as the deadly, cold creatures of the night we usually see. Instead we get centuries old vampires squabbling over domestic problems (like who’s not following the cleaning chart) and learning how to use YouTube (from the friend of a human they accidently just turned into a vampire).

A big fan of dry humour and a clever pun, I loved the movie.  I was pretty chuffed to find out a few weeks ago that they’ve just created a spin off tv show of the same name.I as was watching the first episode I was thinking about this idea of ‘living up to expectations’.

There’s a great scene in the tv series where the vampires get a visit from a much older, more senior vampire, ‘The Baron’. He wakes up, demands to know why they haven’t taken over the city they live in and then goes back into his coffin to take a nap. The other vampires are not exactly prepped and ready for world domination and decide that the first call of duty is to visit the local city council and announce their plans. Not exactly the violent takedown the Baron had in mind. Expectations can be a tricky thingfor both the people of influence in our lives and for us to get right.

It’s easy to feel like we don’t live up to what is expected. The difference between what other people see (or what we think they see) and what we see when we look at ourselves can often feel immense. Especially in the current cultural climate where it feels like we are expected to have it all together.

If I were to believe what the internet tells me, I should have a creative hobby, a Pinterest worthy house, a fulfilling joband amazing relationships. I should be exercising regularly, eating organichome-made meals, doing yoga, meditating, performing self-care and be undertaking further study.

The thought of it all is exhausting! Yet wefeel so much pressure to be the best that we can be, even if our idea of ‘best’ is often unrealistic.

Feeling like you are failing to live up to your image or your reputation can be particularly acute for perfectionists. Life becomes an endless striving towards a perceived standard of excellence. Perfectionists tend to micro-manage, to get stuck in the details and have trouble ever finishing something, because it’s never really good enough!

A couple of years ago I first heard the term ‘Imposter Syndrome’ and it’s fascinated me ever since. People who struggle with imposter syndrome secretly feel like a fraud. It’s as if they arrived where they are by sheer luck or trickery. Speaking with a number of highly qualified and highly competent friends who’ve experienced this phenomenon, it’s amazing to see how our brain can be tricked into thinking we are something less than we are.

But how do we manage our own and others expectations?

There’s another funny scene in the tv series where one of the newer vampires is walking through a busy city street, gleefully telling people that he passes that he’s a vampire. Despite not being the smartest or most capable, he’s so proud of who he is that he wants everyone to know (even if he’s doing the one thing he’s not allowed to do).

I’m not sure that having dumb confidence is the best way to manage expectations. Although I’m sure that there is some truth to the old saying ‘fake it til you make it’.I do however think that it’s important to be honest. Often we get caught up in this ‘story’ that we have totally made up. We ‘think’ that other people have certain expectations of us, or perceive us as not meeting our potential, when that could be far from the truth. I’ve found that talking about expectations, whether with bosses, parents, partners or friends, in an open and honest way can be hugely freeing. You know what is expected of you and you can make sure (to some degree) that their expectations of you are realistic.

Sadly It’s not always that easy to have that same conversation with yourself, despite how important it is. One thing that I have found helpful is self-compassion. When thinking about yourself, be gentle, almost like you would with a child. Allow yourself to make mistakesand be satisfied knowing that you have done your best.  Even if your best isn’t perfect.

Knowing your values can also help us weed out what we truly care about. Find the two or three things that bring you deep fulfilment.This could be contribution, family or learning. Knowing that throughout the day, you have done something that you valued (providing you actually do it!) can help you to place your own worth in the things that are most important to you, rather than stressing about your perceived inadequacies.

At the end of the day, we are all doing the best we can. I’ve found that remembering that about other people is hugely helpful in helping me manage my own expectations of others! We’ll probably never wake up with magical vampire confidence, butas we do our best, and set realistic expectations for the people in our lives, maybe we can find a middle ground of acceptance and encouragement. 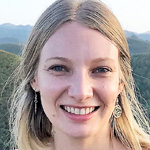 Anna Waite hails from Australia but lives and works in south east Asia.  She enjoys travel, good coffee and getting to hang out with awesome people from around the world.