My wife and I attended a fundraising function at which the clinical psychologist after-dinner speaker told how identity can give authority.

The power of his identity

The dinner was held shortly before Prince Harry married Meghan. The speaker described a scene on the Swiss snowfields when he was a snowboard instructor.

Harry was 11 years of age, learning to snowboard with dad Prince Charles.

They were hemmed in by paparazzi and ten burley body guards from Switzerland and the UK.

Harry said he couldn’t learn: he needed space. The bodyguards exploded into action and a twenty metre space was quickly provided.

Yet when the dinner speaker tried to create space for the Prince nothing happened. Why could an 11 year-old boy command the authority that a champion snowboarder could not?

The power of identity worked for the boy Prince but not for the adult instructor.

What gives us our identity?

Is it our appearance, name, job or position, residential address, clothes, manner of speech, bearing and social standing? Is it the car we drive, the places we frequent, all/none of these?

Is it the characteristics or qualities by which people know us? My paternal grandfather was known in his community as ‘honest Tom’.

Is our identity grounded on our general reputation?

What the dictionary says

The Shorter Oxford Dictionary defines identity as: the characteristics that determine who we are, whilst my Bible dictionary defines the New Testament concept of ‘sons of God’ as people who are in a covenant relationship with Him.

We are people who have been adopted into God’s worldwide royal family and thus have become joint-heirs of His eternal kingdom along with Jesus. It has nothing to do with us as individuals.

It’s all about what Jesus has done for us and our response to Him. We have decided He is worthy of our devotion and trust, and have chosen to align our eternal future with Him.

As the dinner was held in a school auditorium where hundreds of people gathered to raise funds for employing chaplains in the seven schools represented, unsurprisingly the next question was…

What about the students?

We heard from girls and boys of various ages, from a female school principal and a disabled father.

What contribution could we make to the life of a student whereby their self-esteem would be raised? When that happens their self confidence is raised.

And when that happens their performance at school improves and students begin to realise that even if their home life leaves something to be desired, it’s still possible to rise above it and achieve in spite of home life, thereby reaching their full potential.

For those whose home life is already good, warm and nurturing, the above progression is even better for them.

It made sense and we left feeling more knowledgable and inspired.

What about those already in covenant relationship with God?

What is our overall identity and what is its effect?

Whilst Harry of the English House of Windsor is a very likeable prince, the mighty Prince of Peace, the LORD Jesus Himself is unquestionably and infinitely so much more.

The Prince of Peace is not merely a prince for a time, of part of the earth’s surface but is the eternal King of Kings for the whole of humanity whether or not this is recognised and acknowledged.

The risen victorious Jesus…Who rides the wind and inhabits eternity.

Whilst human language is hopelessly inadequate to accurately describe Him, can anything more impressive be said about Jesus than that the victorious (over evil) all-conquering Son of God is called:

Faithful and True…His “name” is the Word of God…On His robe and on His thigh He has this name written: KING OF KINGS AND LORD OF LORDS…the bright Morning Star. (Revelation chapters 19 & 22, various verses).

The power of our identity

Identifying ourselves with Him will empower and bless us in this life, and stand us in sparklingly good stead for the rest of time. That is humbling, comforting and empowering.

Whilst no human being knows the future in any detail, in the Book of Revelation we receive a glimpse of what is to come. Although shocking events await the world (with a feint foretaste daily on our TV news), the rapture will spare the then church from those coming events.

Will God do for us what the bodyguards of the boy Prince did for him on the Swiss slopes, and so at our ‘beck and call’ provide for us what we want as they did for Harry? Probably not.

Whilst we know that in all things God works for the good of those who love Him (Romans chapter 8 verse 28), my experience has invariably been that more often than not events tend not to work out how, or exactly how I had hoped or expected they would.

But I must say that such divine out-working/the end result is always impressive and sometimes quite sobering, even if at times it may be momentarily or temporarily puzzling.

Sometimes my expectation is a red light no-goer altogether, and sometimes I look back and say to myself or to my wife: man I’m glad I/we didn’t do this, say that or buy/sell such-n-such. Thank you LORD for working it out for our good.

Being tenderly spared for eternity

We also have some insight into our heavenly home which is equally available to anyone who says ‘yes’ to God.

The exceedingly wise person will not stumble over this good news but will simply say: YES! I want what Jesus offers. 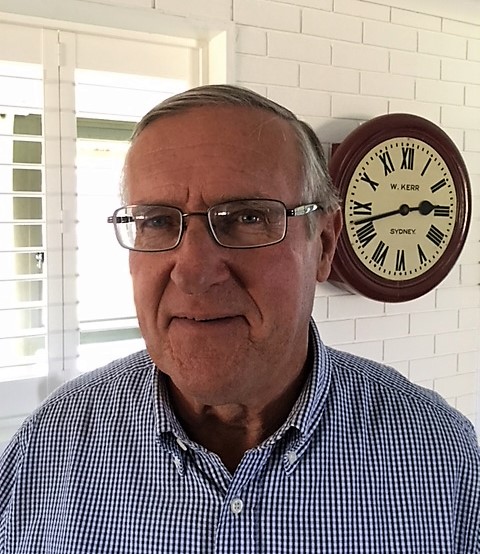