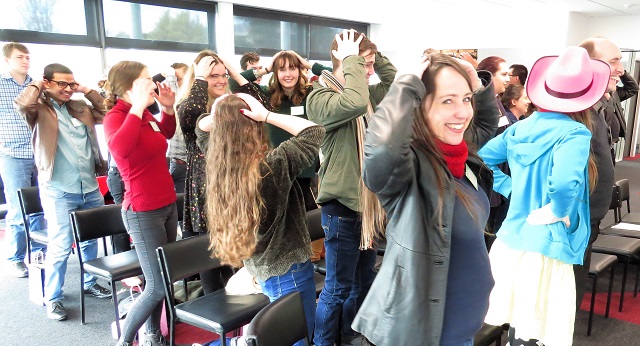 It has now been eleven days since the 2018 Press Service International (PSI) young writer conference held this year in Christchurch New Zealand on Saturday 1 September.

43 young writers attended from Australia, New Zealand and across the world and out of 85 in the team, that is a remarkable achievement when we have 18 young writers from England, West Indies, Canada, USA, South Africa, China, Mozambique.

Even some Kiwi young writers could not make it on this occasion, so when it is weighed up, this small group along with some senior writers who served the conference, we pulled far above our weight.

This illustrates in part, how effective this small group of young writers have become – dedicated and committed – they produce a ‘comment’ piece once every 5 weeks  -  a Cycle constitutes Weeks 1-5, and therefore there are 50 weeks, 10 Cycles with a fortnight off over Christmas - New Year. 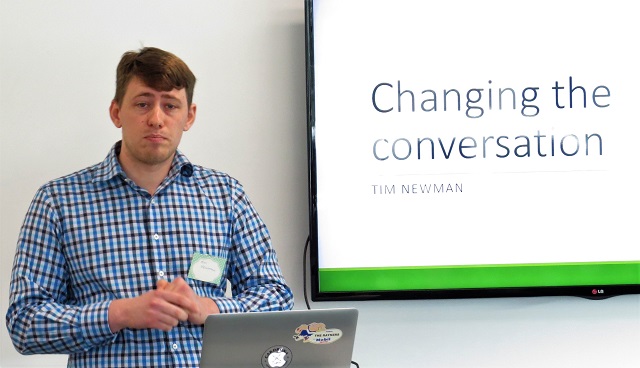 Photo  -  Tim Newman making some serious points during his plenary

The Australian and New Zealand young writers after lunch on conference day  -  had separate meetings  -  the Australians and Internationals met to discuss their program, the pit falls, the publishing issues and the like.

The New Zealand young writers met separately to discuss self-determination. The Kiwi young writer program was initiated in 2012, this was their 7th year inclusive and instead of talking about ‘going alone’ as it were, finally in a formal sense they have met to bring this to a head.

Tim Newman one of the plenary speakers, a former young writer and now a professional journalist, led the gathering by expressing a view in relation to “taking ownership” and then the practical issues were discussed.

In both gatherings in the separate rooms, a sense of “who are we” philosophically was the key note for their own self-identification. 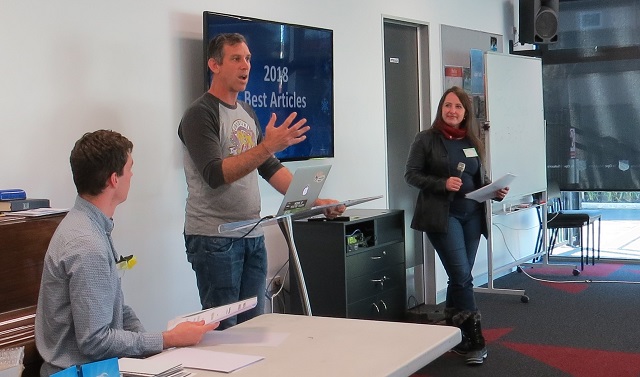 First, there was a clear sense that the young writers have come of age. 9 years is a long time, essentially to be established and recognised as a ministry in its own right and by the wider Christian media.

Second, there is a growing sense of self propulsion in that the program has never sought out by advertising young writers – it has always been through recommendation. Now more and more of those within the program are recommending their peers.

This illustrates a sense of maturity in the program itself, as previously there was an understanding, “Look I am an international columnist” and guarding that with a sense of professional jealousy, and not therefore wanting to recommend others to steal “my limelight”. It is a tricky road.

Third, as Bishop Brian Carrell noted in his address to the young writers, having been a foundation Panellist, marking the articles sicne 2013 when the awards were initiated, that at first they focused on self-issues and in more recent years, a broader sense of Christianity. 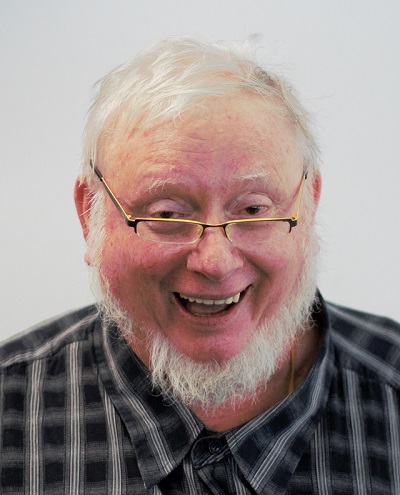 Another step in this ongoing understanding of their own ministry and input into the marketplace of ideas by having their own Voice, that although they are in effect individuals involved in networking, there are a host of people behind the scenes giving their time, expertise and commitment to see this program all happen.

The question put was, whether they are like ships in the night, with PSI being like an airport shuttle bus transporting in effect, their article from their desk to Christian Today without reference to the engaged team that puts it all together.

Capt. Peter Brookshaw of Craigeburn Salvation Army a young writer of several years, winning the Australian Over 31 Basil Sellers Award, recommended that those who only want the weekly memo email, in effect cutting their connect with their fellow daily published young writers, have the weekly memo list the week’s articles.

This mature outcome keeps those “isolated ships in the night” connected to the wider PSI community by having available the week’s articles, or by checking out the Christian Today site at any time.

Who are we  -  a group of young people in ministry serving the Lord Jesus Christ - finding ongoing solutions to issues. 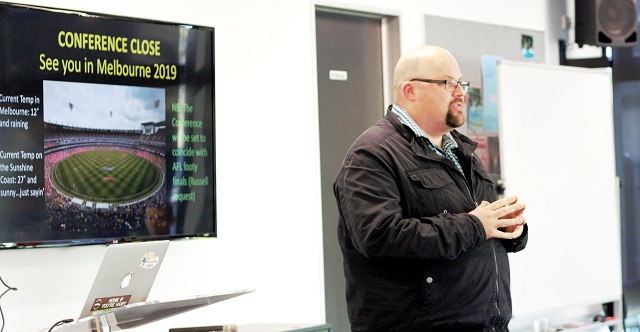