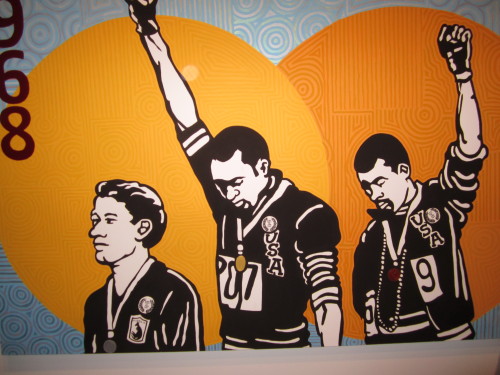 “A white hero for Black Australia” art work by Richard Bell a 2012 Basil Sellers $100,000 Sport-Art Prize finalist - the image is one of our most famous in Olympic history.

“A white hero for Black Australia” art work by Richard Bell was a finalist in the 2012 Basil Sellers $100,000 Sport-Art Prize (Melbourne) and the image of one of our most famous in Olympic history.

It depicts Tommy Smith the 1968 Mexico Olympic Champion in the 200 metre sprint along with Bronze winner John Carlos having been presented their medals, placed on black gloves and during the USA’s Anthem recital, raised their arms above their heads.

Silver medallist, Australia’s Peter Norman became a great supporter of their cause where Black America in many parts of the country remained second class citizens.

Donna Leslie who wrote the review for the Basil Sellers Art Prize handbook wrote in part: “Richard Bell is a creative provocateur who arouses audience sensibilities and consciousness by acknowledging human histories that are pivotal to the development of human rights.”

Peter Norman in 1968 when on the podium wore on his tunic track suit an Olympic Project for Human Rights badge communicating his support for their ideals, which clearly reveals that he was in on the political protest.

Afterwards, in Australia, Peter Norman was ostracised and although he qualified for the 1972 Munich Olympic Games, he was not selected. Meanwhile, in America the Olympic Committee stripped both Smith and Carlos of their Medals and the media negativity was sensational. It had a greater impact than their podium actions.

That same year Martin Luther King jnr and Robert Kennedy were assassinated. The civil rights movement was in full anthem. Years later a black US President was elected, Barak Obama.

Long forgotten are the names of those “Olympic officials” whereas Tommy Smith and John Carlos became international heroes. It came from an era where Cassius Clay who won Gold in the light heavyweight division at the Rome Olympics eight years earlier in 1960, who threw his Gold medal into the Ohio River where it remains to this day when he discovered that all his fame and success couldn’t buy him a burger in his own home town of Louisville. He was told by the storekeeper, “we don’t serve niggers here”. 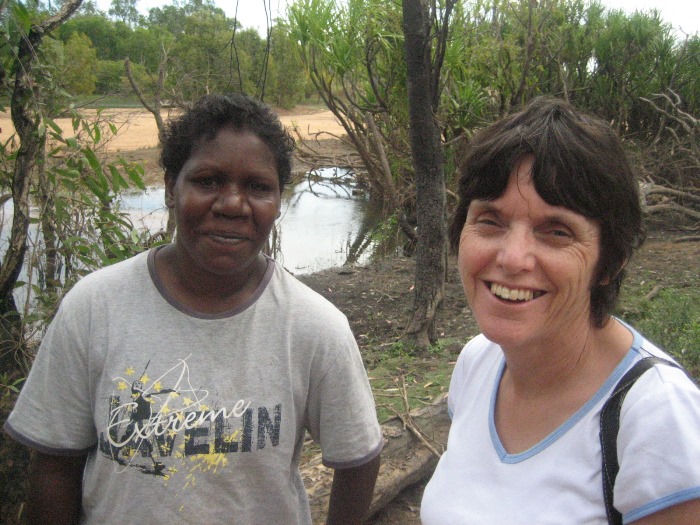 Peter Norman is celebrated by Aboriginal Australia because he was one of the rare individuals who offered his support for black rights at a time when civil rights violations in the US had led to wide spread protests.

Those 1972 Australian Track and Field Olympic selectors might well have been in breach of Australian industrial law (as in the cricketers' legal victories). He was not even invited to the Sydney 2000 Olympics but the Americans ensured he was their guest. When Peter Norman died (3 October 2006 aged 64), those of his era, mourned.

In 1968 as a 17 year old I was getting into stride toward my top level Track and Field and Hockey years. This event is as clear in my mind today as it was then and it provided a sense of meaningful direction to be part of the solution in injustices. My wife Delma of 41 years says she was 15 years of age and she too remembers it. Undoubtedly, a defining moment in modern history with ramifications far beyond sport. 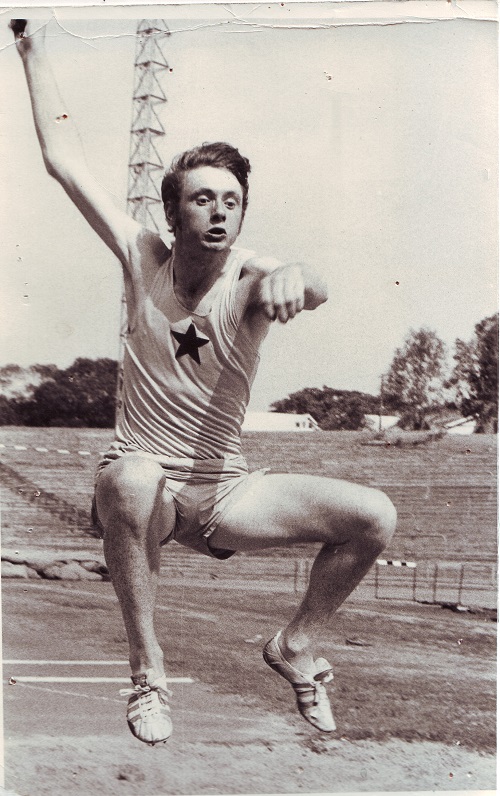 On Saturday, at the AOC’s annual general meeting in Sydney, Peter Norman finally received posthumously the Order of Merit alongside living recipients, Raelene Boyle, Shane Gould, Ian Thorpe and Cathy Freeman. This is the AOC's highest award. I recently wrote a scathing piece about the sacrilege of many of these Posthumous awards.

Yet, the US Track and Field Federation in 2006 declared October 9, the day of Norman's funeral, as 'Peter Norman Day'. Last week, he was further recognised with the unveiling of a statue at the Museum of African American History in Washington.

In 2012, Canberra MP Andrew Leigh successfully passed a motion of apology in federal parliament for his “treatment upon his return to Australia and the failure to fully recognise his inspirational role before his untimely death in 2006”.

This has been a black mark over the AOC. It continues to be a black mark. White washing is not their strong suit. The media have consistently reported the family of Peter Norman and his innumerable supporters ((of which I am one)), as vexed. Something has smelt to high heaven for 50 years. Now we're told Peter Norman's reason for non-selection in the 1972 Olympic 200 metres – missing paper work.

Wasn't there a 'fresh faced new ideas young lass' who put her hand up for the AOC Presidency and got well and truly knocked over. Royal Commission's seem to be 'the go' at the moment. 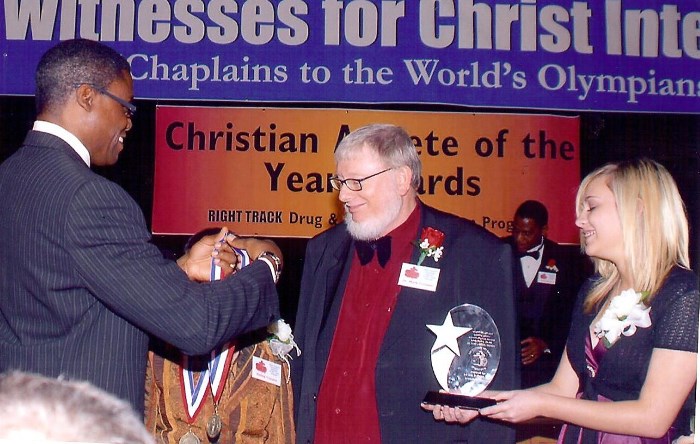