I am in Boston on a Uni exchange and as one might imagine, there are many new things to encounter. Having said that I can think back a couple of years ago, when home on the Sunshine Coast, how I found seeing the number 11 everywhere I've looked. In Boston, I'm looking, I'm looking.

I'm a person that believes God speaks to people in all different ways, including numbers. Not in a strange 'numerology' sort of way, but just that He uses the simple, everyday things around us to speak to us. Like what the time is, how much something costs or what the date is. Due to that, when I started seeing the number 11 everywhere, all day, every day, I began to ask God why.

At the time this strange phenomenon started, I was considering a job change due to not feeling content in the job I was in. A job had opened up that felt like the perfect way to transition into a job I would actually love.

The thing that wasn't fitting perfectly was the timing. I had unofficially committed to a year working at this other job and while there was no contract on it, I still felt a pull of loyalty to stay and finish what I started.

I noticed that I was seeing it everywhere and started to put two and two together. There was more to it than coincidence. From what I'd learnt from mentors of mine about hearing God's voice, I knew the number 11 can mean transition. Which seemed fitting, considering I was thinking about changing jobs.

For a few more weeks, the 11 phenomenon continued but I still didn't feel any more peace of mind about bailing on my employer and moving to a new job. Finally, God spoke to me. He reinforced the way I am as a person: that I like to finish what I start and gave me strength to stick this job out a little longer.

With that scenario concluded and my chance for transition over, I figured that I would no longer be seeing the number 11 a weird amount of times a day.

It didn't go away

It seemed to just get more and more prominent. If you've ever had one of these experiences before, you'll understand the cycles of it: curiosity, frustration, concern and a lot of 'why?!'

Pretty soon, it just started driving me mental. I no longer had a sense of hearing God's voice, it now almost felt like I was being teased. I was still in a job that I didn't feel fulfilled in, so why was I seeing the number 11 everywhere, since I thought it was a sign of transition?

Eventually, I had just about enough of it and spoke to my pastor who knows a lot more than I do about understanding how God is speaking. I told him what I had been experiencing and asked him what it could mean.

He told me that the number 11 can mean transition OR 'something that is incomplete'.

Suddenly, it all made sense.

It had been frustrating me so much because I didn't properly understand what God was trying to say to me through it. I thought He was telling me that I was going to be transitioning, while never actually showing me how to transition.

But actually, He was letting me know that the season I was in wasn't finished yet.

Suddenly, seeing the number 11 everywhere wasn't a frustration... it was a comfort. Every time I saw the number 11 from that point on I became very aware of God's presence and comforted by the fact that He did have a plan to transition me to new things, but it just wasn't time yet.

It became a gentle reminder to hold onto God's hand and let Him lead me, rather than trying to finish something before it was time.

A couple of months went by and I was still seeing the number 11 everywhere. With that sense of knowing change was coming, I began to dream a bit bigger for my future. I started thinking about university again and spent a lot of time processing what course I should do. I ended up deciding on a course, getting approved and enrolling for 2017.

I realise now that that was the missing piece to the puzzle. I needed more time in that season and job to be able to finish that thought process and make a decision. It was that decision that finally brought what was incomplete to being complete.

Flash forward to now, it's been 2 months since I left that job and moved into a new job and a new season. I'm still seeing the number 11 everywhere and it is a constant reminder of the way God lines up everything in perfect timing.

I've just moved house, into a house that is the perfect manifestation of a new season and in a couple weeks I will start my first year of university.

Six months ago when the 'eleven phenomenon' started occurring, I probably would have never expected to actually have made it to where I am now. But, thanks to that funny way God used the number 11, I was listening and aware of what He was saying to me and ready to make a move.

Sometimes God will use funny little things to spark our curiosity and awareness. From there, amazing things can happen if we stay on our toes. So, I'm looking in Boston too! 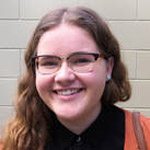 Caitlyn Furler is a lover of writing, music and people. Caitlyn is on a Uni exchange in Boston, studying music and literature. She is a worship leader in her church and is enjoying doing braver and braver things.

Caitlyn Furler is a lover of writing, music and people. She is a third-year university student, studying music, screenwriting and literature. She loves exploring culture and pushing herself to do braver and braver things.